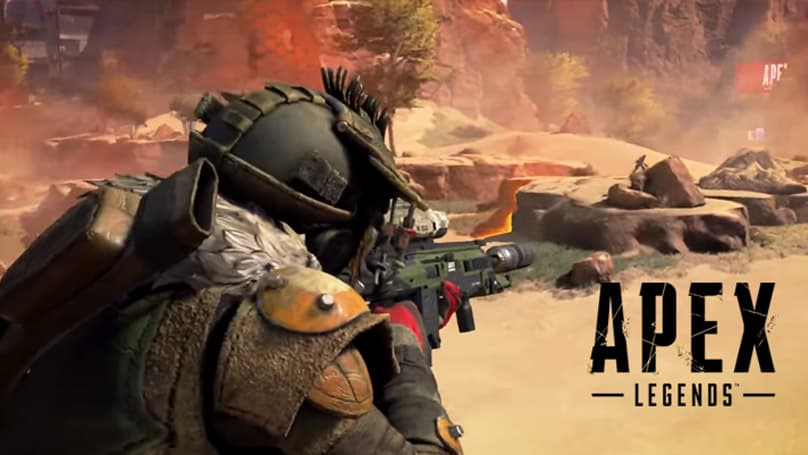 Apex Legends has become an unstoppable force in the field of Battle Royale. The reason behind its instant popularity is mainly down to a willingness to diverge from the same old tropes usually applied to games within the sub-genre. The result is a highly polished package that combines excellent gunplay with streamlined systems built to accommodate team play.

Add to that a free to play business model, and we have a game accessible to all. More importantly, its devoid of any incentivized microtransactions. Finally, a game that feels finished on release. To summarize, many triple-A publishers should take note of the business practices in place here. Let’s hope it rubs off on the corporate agendas of other big-budget games in the market.

First off, Apex Legends abides by the present formalities of the genre. Hence, players skydive from a plane and touch down on land. From there, a foot race unfolds to gather all the best weapons and items. Eventually, the action comes to a close as players battle it out to become the last-man-standing. Sure, all these properties are apparent in Apex Legends. In actuality, it shares a striking resemblance to Fortnite in many respects, without the custom, building elements, and vivid splashes of color.

Despite these common factors at play, the game shines out in a class above, thanks to its lavish map design, ultra-tight gunplay, and contextual UI, complimented by the “ping” system — an innovative tool used to better communication between you and other allies in the field. As a result, players can mark areas of interest on the map or pinpoint places of strategic relevance. What’s more, enemies are tagged, at the click of a button, saving time spent arguing over the headset. 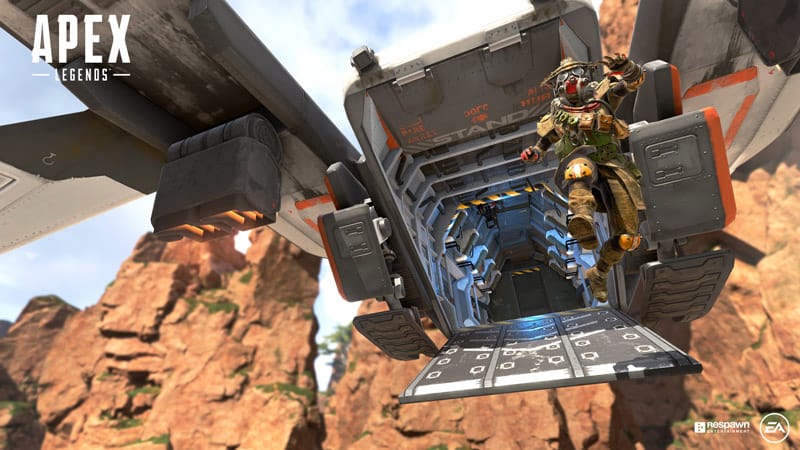 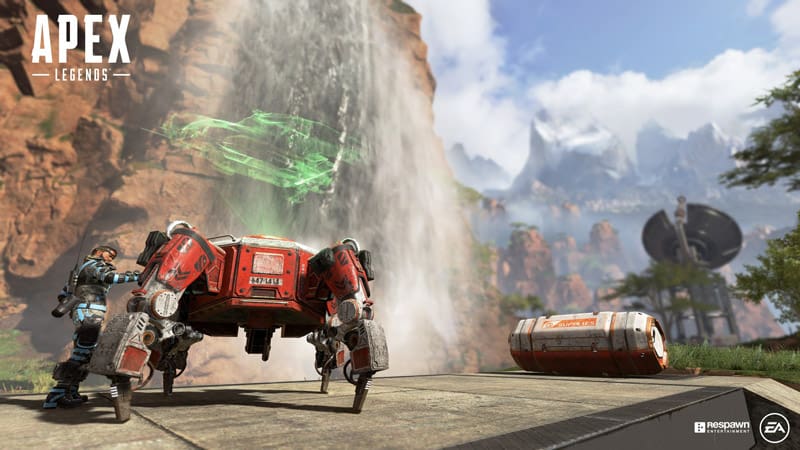 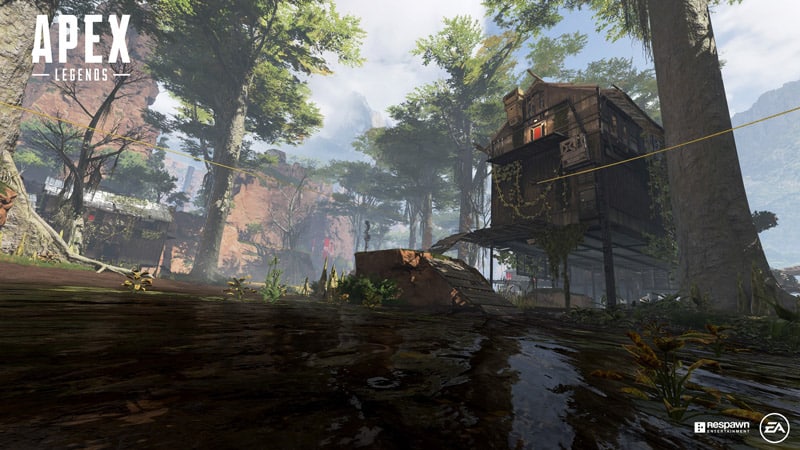 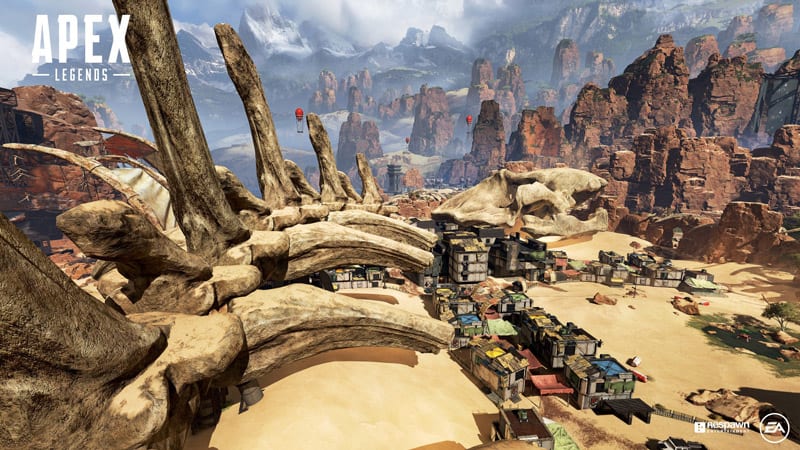 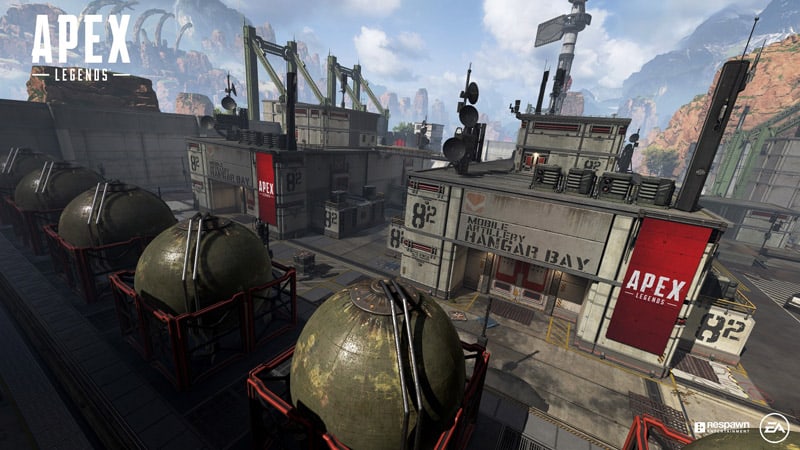 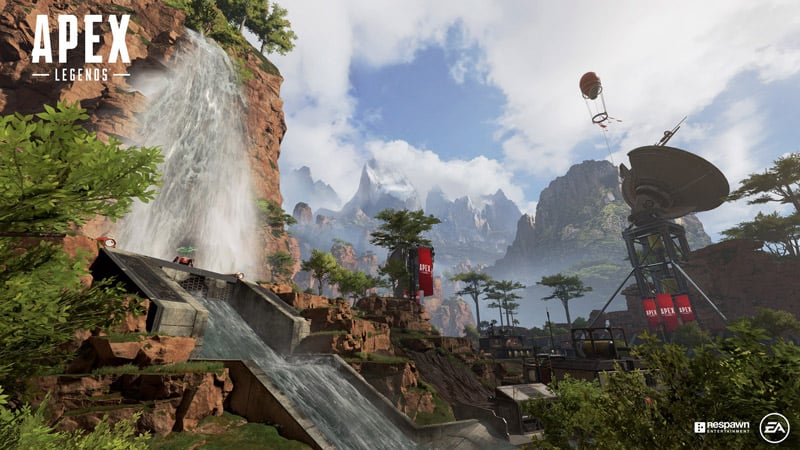 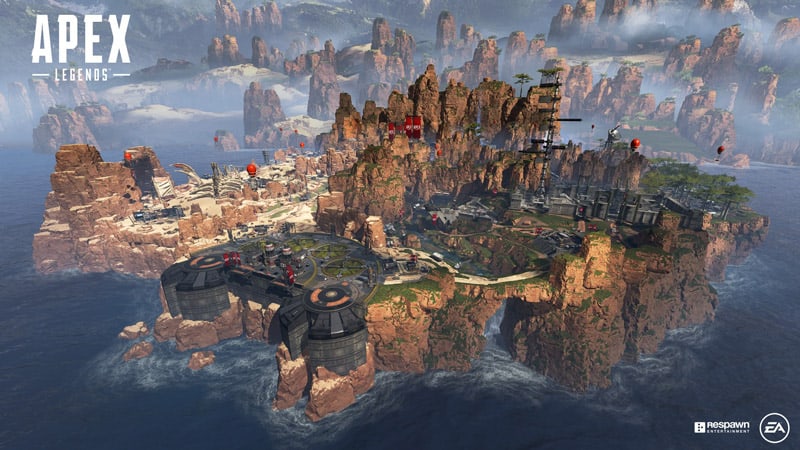 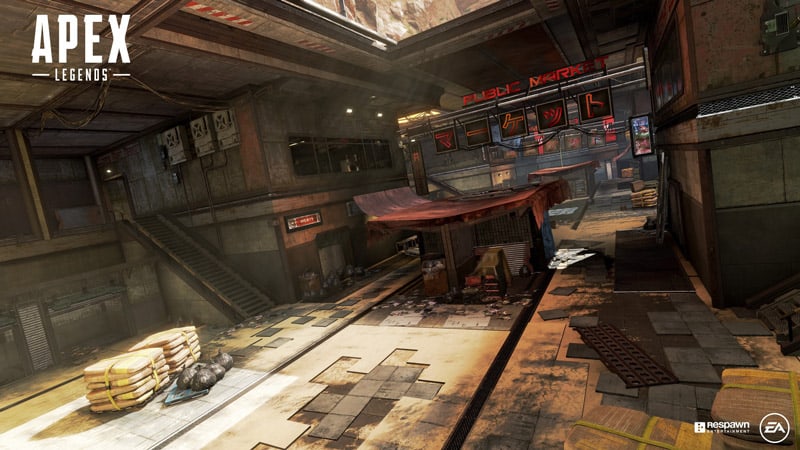 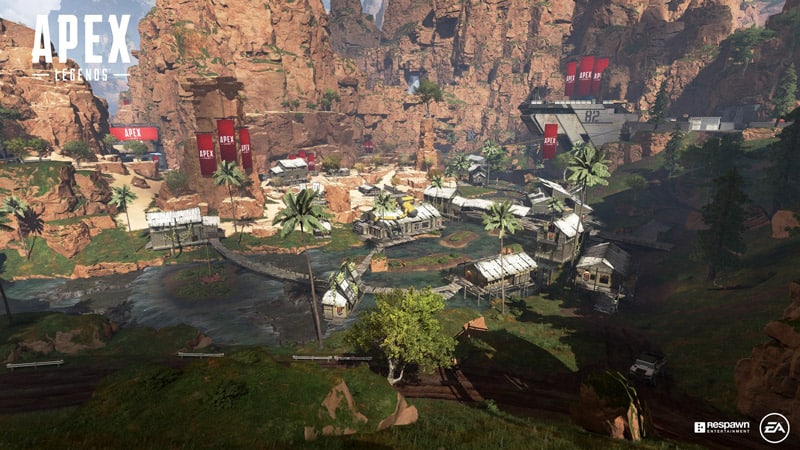 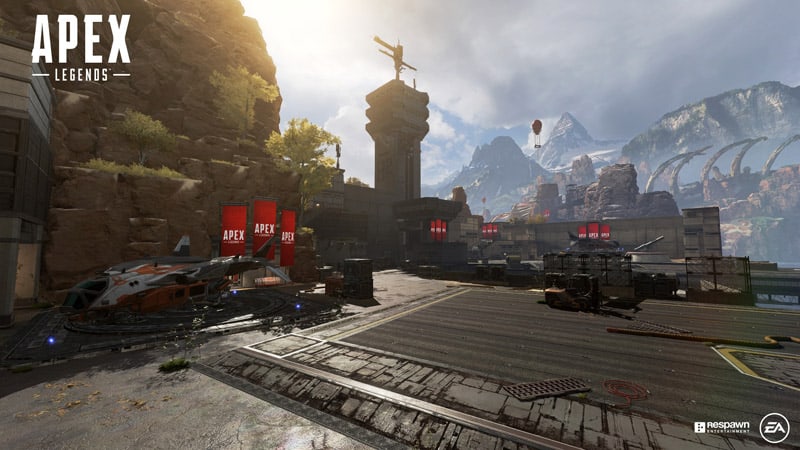 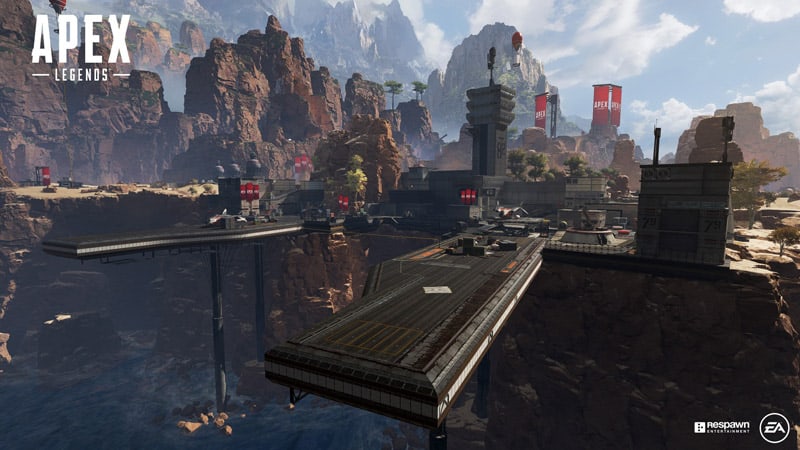 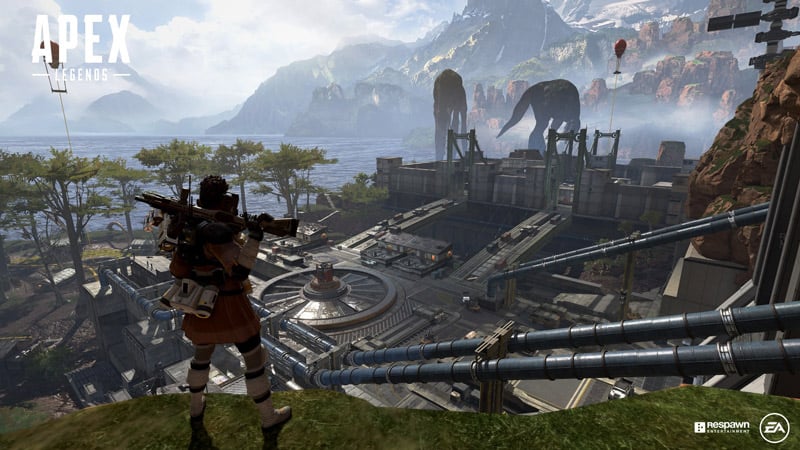 All in all, it’s an ingenious device, that allows for greater tactical awareness. In turn, players are left to feel more empowered. That said, the interface is available to all. Meaning, everyone starts the game on a level playing field. Finally, its ease of use encourages team-based tactical play and garners more imaginative in-game scenarios.

Next, we have the gun-play, another stand-out feature of Apex Legends. Much like Titanfall in many ways: pulling the trigger issues ample reward. Mostly due to the serviceability and finely-tuned precision of firearms. Whether that’s the shotgun, rifle or SMG, each gun reacts with vivid authenticity. Every kick, recoil, and cock of the gun reverberates through the senses and validates the action on screen. Thus, firefights are a blast for the most part.

Mainly though, the tight gunplay reflects your abilities, so you’ll physically experience progression in a way that many other games of the genre fail to execute. Moving on, we have the heroes. With a total of eight characters to choose from, the game offers plenty of variety in this regard. Better still, each hero has unique abilities and skill sets designed to aid team pursuits. Often, a typical cliche of the genre is to focus on specific concepts that improve aspects of the individual. Thankfully, this departure acts as a refreshing deviation from the norm. That said, most, if not all of the heroes powers, benefit the team in some way or the other. 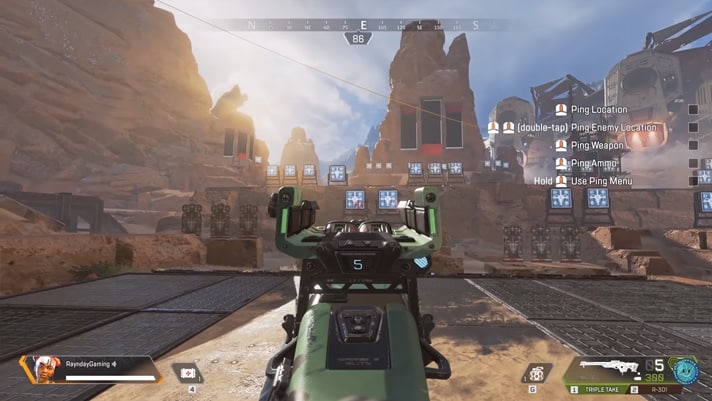 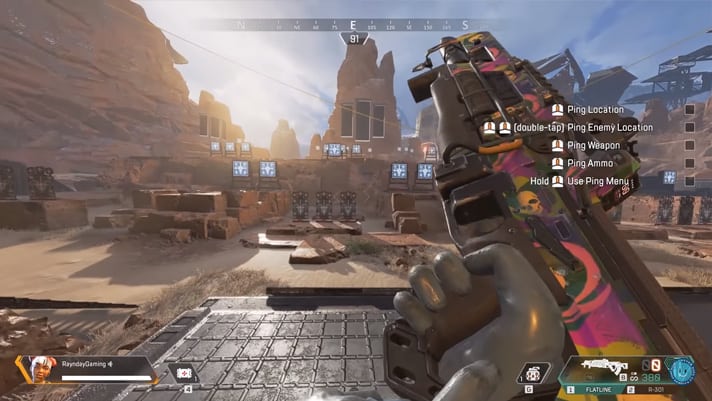 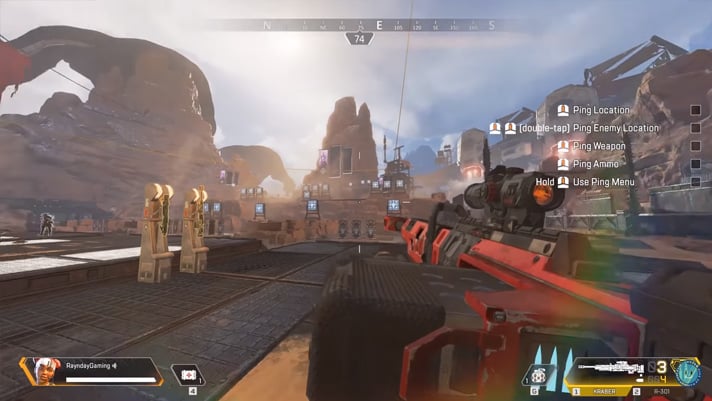 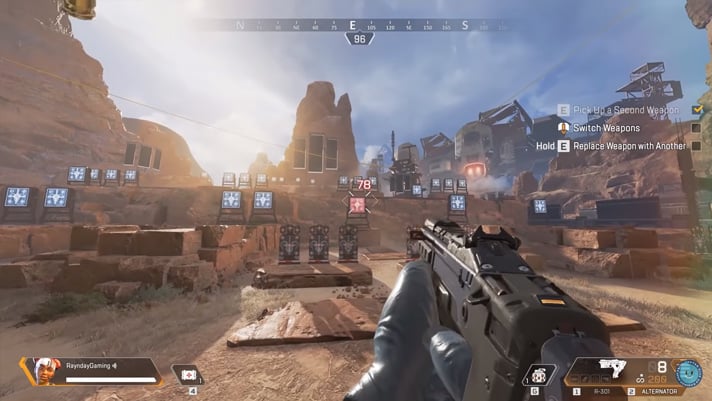 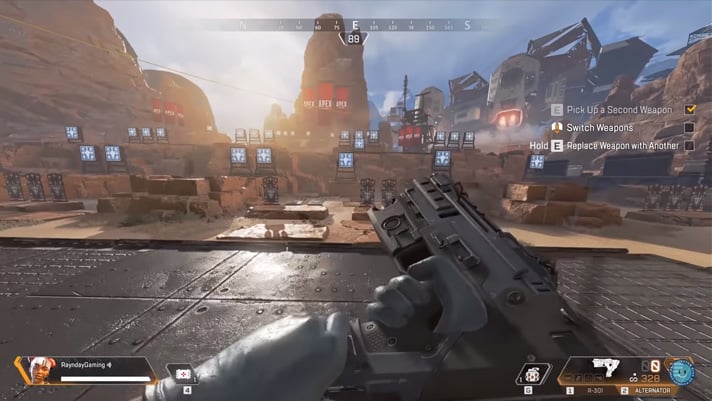 For instance, shield deployment protects the crew from damage. All the while, conjuring portals allows for easy maneuverability around the map. Furthermore, it gives any team the chance to flee from an onslaught of shell-fire, or to instigate a surprise attack on the enemy. Lastly, we have grapple lines, which grant the player access to strong points or vantage areas of tactical value. All in all, this onus on team-play generates high-stakes gunfights which never feel the same. In turn, this originality keeps things relatively fresh. Despite the constant twenty-team, three-person formula, the variety at play keeps the action fun. At least for the most part.

Another facet that helps Apex Legends define the genre is in the loot system. Generally, in “BR” games, you’ll be cycling through inventory screens, shuffling through loot and discarding none-applicable items. Not so here. Items are color-coded to reflect ammo types and distinguish between essential and none-vital items. A handy mechanic, in the heat of the moment. Also, gun mods and upgrades picked up on the fly, are instantly fixed to your current weapon if applicable, minimizing the time spent customizing.

In short, all these intricate systems, work in unison to improve the overall experience. That said, it’s tough to think of a game that delivers on the themes present of the genre so well. All in all, Apex Legends goes above and beyond the call of duty. Mainly, due to its refined systems, But also, its focus on team-play. All of which create a conflict zone that’s fun, fresh and timeless.

Let’s hope the game can sustain player numbers in the months and years ahead. From what we’ve seen so far, the signs are decent as we look to the future. With only two hero’s locked behind a payment wall and loot boxes fixed to in-game incentives, I would say that the team is on the right track with Apex Legends. But as we all know, only time will tell.

That sums up our review of Apex Legends? What are your thoughts on the game? Is it set to replace Fortnite as the industries Top-dog, Battle Royale? And do you agree with the business model it actively promotes? How can Apex Legends sustain its initial growth? Have your say in the comments. As always We want to hear your take on the matter. Your views mean everything to us.

Any topic you wish to see on site, let us know, and we’ll do our best to cover it.

Related Topics:Apex Legends
Up Next