The Top 5 Games Based On True Stories

The Top 5 Motorcycle Games Ever

The Top Five Games to Look Out for In March 2019

Five Awesome Anime Games Based on The Art Form

The Top Five Flight Combat Games of All Time

The Top 5 Survival Horror Games of All Time 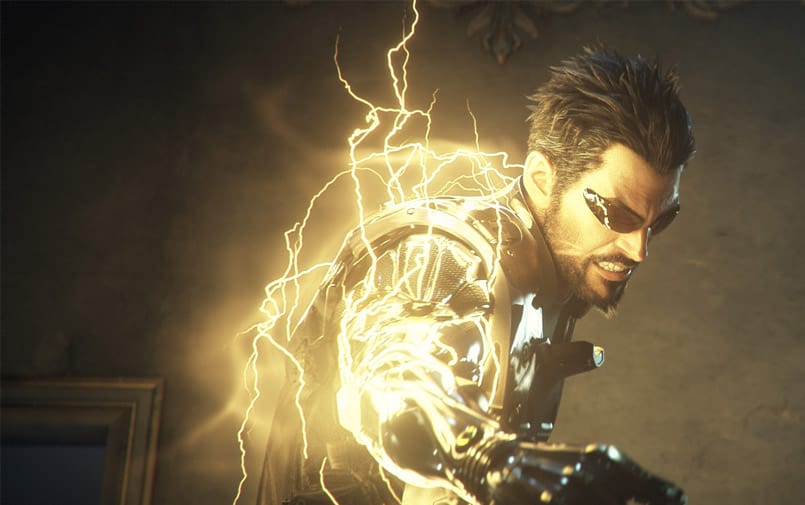 In truth, Deus Ex is an enduring franchise that has undergone many transitions, for better or worse, since its breakthrough act, “The Conspiracy,” hit shelves over a decade and a half ago. But despite each generational leap, the golden standard set by the original has mostly been met with successive iterations. Bar from a few exceptions.

In my opinion, Deus Ex is one of the few franchises that has managed to produce a consistent level of quality over time. Nevertheless, although most, if not all entries achieved critical acclaim, some divided opinion. Mainly, via dissenters loyal to the original.

But as one of my most cherished franchises, I felt compelled to create this list. So, in celebration of Deus Ex; and one of the most underrated IPs ever. Today, I countdown my favorite Deus Ex games in order of appearance.

First released on Android and iOS, but then later ported to PC, Deus Ex: The Fall is a direct sequel to Icarus Effect, the novel. In theory, Deus Ex, as a mobile experience, is a daunting concept. Or at least, a tricky maneuver to pull off.

Though that may be true, this spiritual relative to Human Revolution overcomes its shortcomings of buggy combat; which suffers at the hands of touch-screen controls, thanks to an immersive world and deeply engrossing story. Sure enough, “The Fall” isn’t the best Deus Ex experience. Regardless, it’s a valiant attempt at a mobile game. Especially, considering the technical restraints placed on handheld devices at the time of release.

From my perspective, Deus Ex: Invisible War was, and still is a class iteration to the series canon. Despite deviating in many ways from its predecessor. After all, it lacked the complexity of character skill progression synonymous with the original. Even so, Invisible War promoted a level of choice, befitting of a Deus Ex game, with flexible story arcs and interchangeable plotlines dependent on the players elected path.

In truth, very few games have immersed me as much as “Human Revolution.” And while it made compensations to accommodate for a diverse range of playing styles, the futuristic, cyberpunk enthused world of “HR, “is seamlessly punctuated by a cinematic story of substance. And thus, overall, “Human Revolution” is one of the best games of the entire series. Not only that but of its generation. A visionary noir that, perhaps even prophesizes the future of humanity.

The opinion is split down the center when it comes to Deus Ex: Mankind Divided. When all’s said and done, the game received widespread critical acclaim for aspects of level design. And, most notably, world scalability. “Mankind Divided” also boasts some of the best production values ever, with stunning visuals and spectacular sound design.

However, some of the gaming community confessed to being underwhelmed by the setting. And, the lack of an endgame. True, the stakes of the story are higher in “Human Revolution.” That said, I would argue that environmental storytelling is stronger and the augmentation system superior in Mankind Divided. As with all things, it’s a matter of subjective opinion. But that’s how I truly feel deep down.

Clinching the top spot on our list is the game that kickstarted the franchise into existence. It may seem strange to have such an old game finish first, but “The Conspiracy” is a masterpiece. From the sheer depth of augmentations up for grabs to an undulating plot shrouded in mystery and secrecy.

Add to that, multiple story endings, scaling character development, meaningful choices and a sense of unlimited freedom through which to fulfill your destiny. Then, you have the best Deus Ex game ever. In my opinion of course.

So, that completes our list of the top five Deus Ex games. But we want to know. Are you a fan of the franchise? Also, which game do you think is the best of the bunch? Let us know in the chat below. As always, your views count. So, get in touch.

Be sure to visit us daily for more Top 5 lists of the games you care about most.