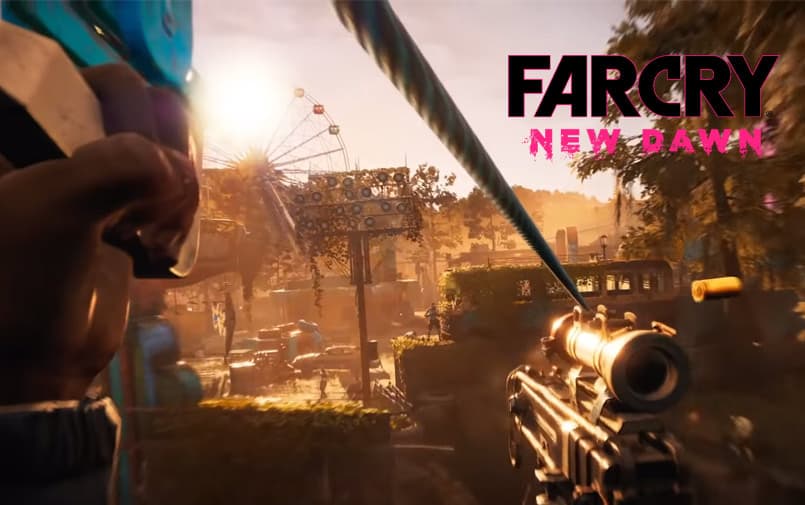 Released on February 15, 2019, Far Cry New Dawn follows the reasonably recent release to Far Cry 5. It’s a direct continuation of the previous game, set around two decades following where the previous game left off. Ubisoft Montreal created a visually stunning game since the release of Far Cry 5 less than a year ago. This action-adventure FPS lets players move through the apocalyptic wasteland, shooting at Highwaymen and animals.

From the start, the players are cast as Captain, one of the leaders of a group who is attempting to help reemerging survivors of the past nuclear attack. The player is confronted relatively quickly by the Highwaymen, a group led by twins Mickey and Lou, who try to forcibly recruit Captain’s friend, Rush. Upon reaching Prosperity, Captain is tasked with the job of building up the settlement to be able to fend off the Highwaymen. Eventually, you encounter Joseph Seed and his group from New Eden. Captain must work with Joseph and New Eden to protect Prosperity from the Highwaymen. It’s as empty and boring as it sounds, but the gameplay is pretty solid.

Gameplay is your standard open world, FPS format, allowing players to switch between different types of weapons and to explore the world of Hope County. Since this game takes place around 20 years after the original, the world is altered from 5. Different areas are available for exploration and old places where you could explore before are blocked off completely. There’s still the option to recruit survivors and animals into your party.

The most exciting premise that could potentially be great for any DLC options is the expeditions. They allow you to travel to different areas in the apocalyptic US to collect resources. The maps are relatively small but will enable you to explore. If they take these settings, make them dynamic, sprinkle in a few memorable NPCs to bring you back and add some fun side quests, and it would increase the replayability of this game at least 3 times over.

The visuals in this game are surprisingly bright for the post-apocalyptic setting. Hope County is covered with brightly colored flowers, people and even weapons. Some reviewers have even claimed that it looks like what a post-apocalyptic world created by hippies on an LSD trip would look like. It’s a fun romp that gives the apocalypse a little levity, and it doesn’t hurt that I can run around with a brightly painted pink. It helps to create a great setting that can easily overshadow the story. 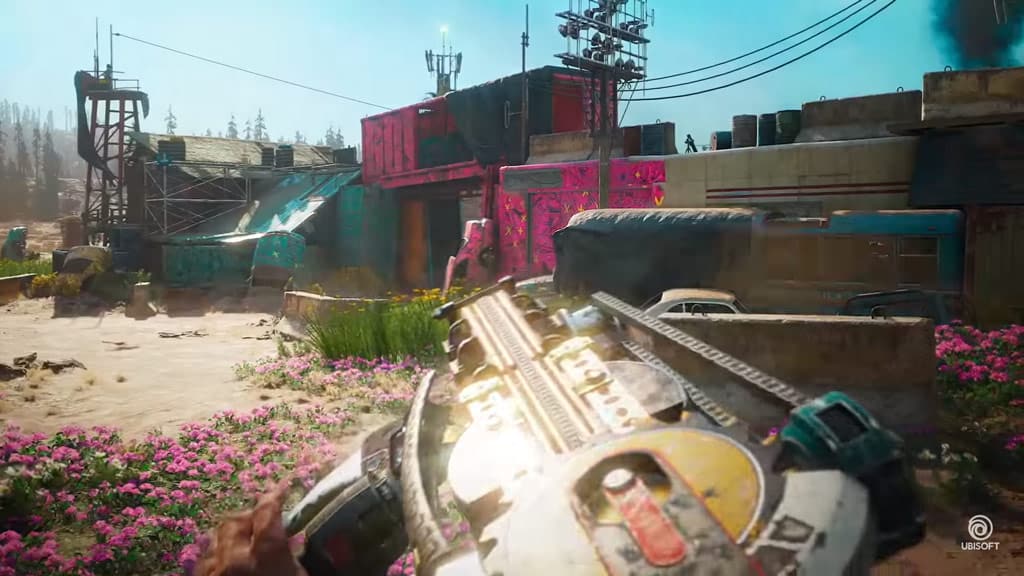 With how short it was overall and the reduced price tag, it feels more like DLC content for Far Cry 5, rather than a full game, which is incredibly disappointing. It doesn’t demean the good parts of the game, like the visuals and gameplay, but would explain the shortness of the overall story. If Ubisoft had released it as a DLC rather than a game, it might have been better received. It desperately has potential and needed more content like sidequests and a better story, it could have been better received than it was. For me, though, it just made me feel like around every corner there would be more, but there never was. This made the game disappointing for me.

The Highwaymen quickly become your main antagonists, led by twins Mickey and Lou. While the Twins would otherwise be compelling — and they fit reasonably well into the post-apocalyptic setting — they tend to fall flat, especially compared to previous villains, like Pagan Min in 4 or even Joseph Seed in 5. It makes the game feel a bit smaller than it is, even in comparison to the series as a whole. Otherwise, it’s an adequate set of antagonists to Captain.

Far Cry New Dawn is a fairly short game, have about 20 or so hours of enjoyable gameplay before it starts to lose its edge. The storyline is short, maybe lasting a grand total of 5 hours of gameplay before petering out entirely. It’ll be a good game to sit down and power through for a weekend if you’re compelled to do so but otherwise, has very little replayability, for me at least.

While Far Cry New Dawn was released to mixed, but still pretty good reviews, it’s still a fun game, and you’re likely to get at least a few dozens of hours of great gameplay. The story, however, is fairly weak and makes the game feel like small fries compared to the previous games. It shouldn’t stop you if you enjoy the earlier games in the series and like the bright visuals. With a smaller price tag than a regular game, it’s a better value, by far. If you haven’t had the change to enjoy any other games in the series, forgo this one as your entry and choose something more along the lines of Far Cry 4, which has a better story and more compelling villains.