It’s been seven long years since ‘The Last of Us’ was released. Since then, we’ve moved from the PS3 to the PS4, but fans have never stopped wonder what became of Ellie and Joel. Well, the wait is now finally over.

‘The Last of Us’ was one of the best selling games of all time with a whopping 1.3 million units sold in its first week. However, it wasn’t just commercially successful, but popular with critics and gamers alike for its compelling storytelling and immersive worldbuilding. Due to its resounding success, fans were waiting eagerly for the sequel soon after completing the original. It’s fair to say ‘The Last of Us Part 2’ has had its fair share of controversies on the run-up to its release. The developer, Naughty Dog, delayed the release multiple times. There were reports of extreme crunch and poor working conditions for developers working on the game. Major elements of the plot along with spoiler cut-scenes were also leaked and sent fans into a tailspin. For many fans, excitement turned to despair.

But what about now? ‘The Last of Us Part 2’ launched yesterday on June 19, 2020. What are the initial impressions?

What Did They Get Right?

Before we get into what they got wrong, let’s focus on what they did right. The game has some of the best graphics in existence on the PS4. The game is truly stunning to look at with its vast landscapes and intricate set design.

The combat is also more complex than in the first game, and it’s better for it. You no longer win fights by smashing a button over and over. Now, you have to dodge your opponent’s attack and always be on the lookout for a strike. You have a greater range of movement and more things to consider when moving through zones or taking on fights. This makes you feel like you have more agency, but that you’re also more vulnerable. This is great because vulnerable is exactly how you want to feel in a survival horror game.

Your enemies will use a range of tactics to try and beat you, so you always have to be on guard and counter smartly. Even the infected are smarter now too. These changes make for great high-stakes combat and plenty of visceral kill-or-be- killed moments.

Now onto the bad stuff. 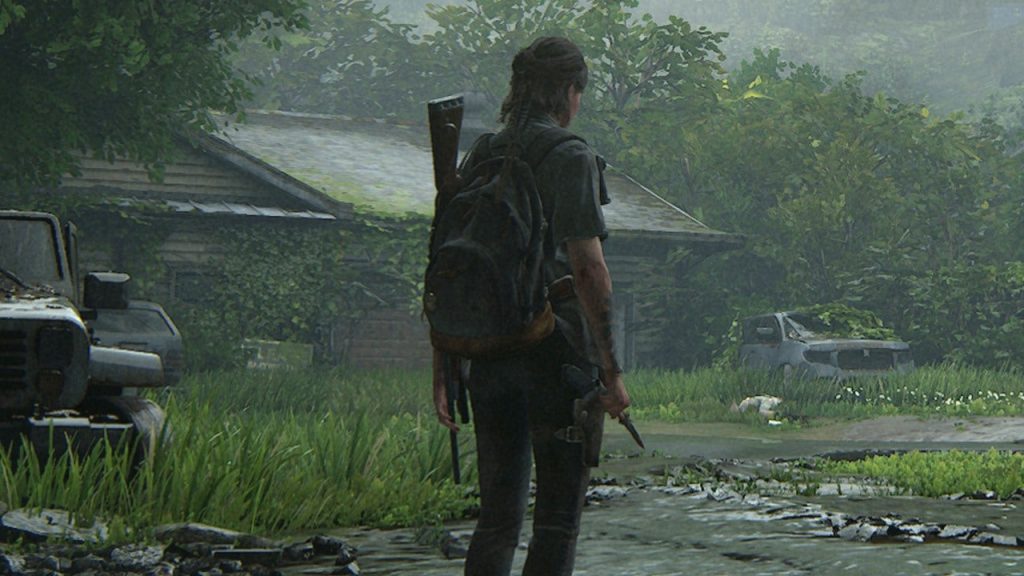 The Last of Us 2 Gameplay

The core theme of the story is around cycles of violence and how when you act violently, you encourage the same violence back to you. The game attempts to show the chaos and destruction that cultivates when you live a violent life, and also attempts to humanize your enemies. Revenge is also a core theme of the storyline. You’re supposed to have an “ah-ha” moment where you realize you’re not just shooting pixels or faceless human-shaped obstacles that get in your way. You’re hurting real people, just like you! If I could sum up the message in Shakespeare (or Westworld) quote it would be “These violent delights have violent ends”. 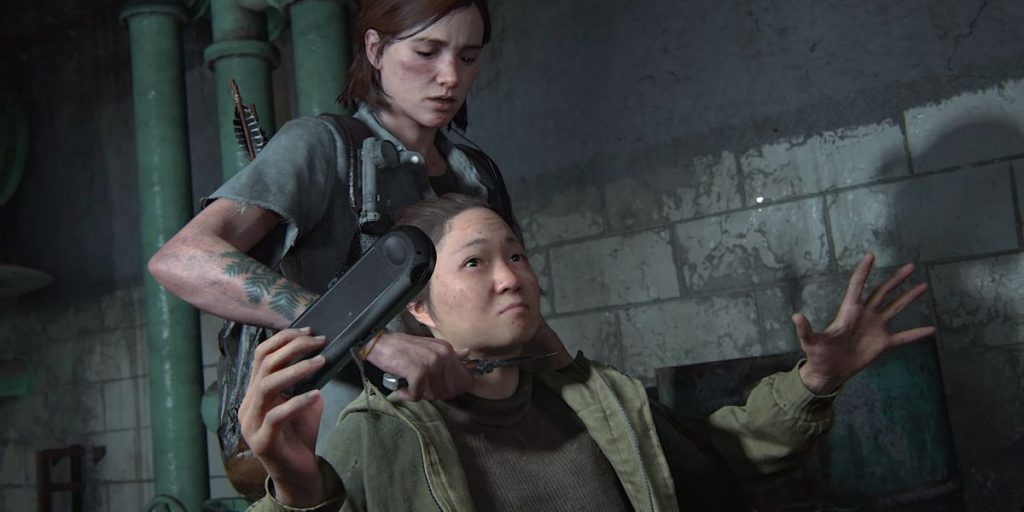 The Last of Us 2 Gameplay

The criticisms from disappointed fans seem to revolve around there being little pay-off for some of the events in the story. It seems that the storyline or the way it plays out just isn’t resonating with a lot of people. Make no mistake, it’s a story about the horrors of violence and evil, so there’s plenty of it. You will be forced to do some evil things, and you probably won’t enjoy doing them. This makes for some disturbing shock value, but enjoyable gameplay? A lot of people don’t seem to think so.

Being Hit over the Head with Violence and Sex

Another common criticism is that the violence is heavy-handed and only exists for shock value, rather than pushing the narrative forward. The game also features a sex scene between one of the main characters and another character which has been referred to as “gratuitous” and “pointless”.

The sex scene becomes even more distasteful when you consider some critics are accusing one of the show’s writers of inserting himself into the scene. Creative Director Neil Druckman has been accused of designing a character who looks like himself, solely to have sex with the main character. We can’t attest to the validity of this accusation, but it wouldn’t be uncharacteristic of Druckman. He’s inserted himself into the game in the form of a collectible card called “Doctor Uckmann”. We can be confident that this self-insert is valid because Druckman even changed his Twitter profile picture to a picture of the card. Yikes!

Many fans feel tricked by the trailers. Some trailers show Joel saying something that is actually said by a different character. Some clips in the trailers hint at a storyline that is actually just flashbacks in the game, leading to more confusion. This isn’t a case of accidentally splicing together the wrong clips, it’s intention. We know that because the creative director of the game, Neil Druckman said:

As to why Druckman thought this was a good idea, we don’t know. Deceptive marketing never works, and especially not for genre heavy games like this one. We sometimes see this practice used in movie marketing. The studio will release a trailer to get more people into seats at the cinema, and it works, kind of. It gets more people to buy a ticket, but if the trailer doesn’t reflect the movie, then those people have just spent money on a movie they don’t like. Congratulations, you’ve got bad reviews. Look up the marketing fiasco around M. Night Shyamalan’s ‘The Village’ if you want to see this disaster tactic in action.

The game has only been out for just over 24 hours at this point, so there’s still lots of the game to explore for most people. While the initial reviews aren’t looking good, it’s also worth remembering that user reviews aren’t always 100% accurate. While plenty of the reviews pose legitimate criticisms, there’s also a lot of anti-LGBTQ reviews thrown in too. The Last of Us has been praised for its representation of queer characters. The main character is a lesbian, and there are bisexual and transgender characters in the franchise too, something which is often absent from video games.

There was also a precedent set to dislike the game with all of the controversies that were leaked in the last few years. Is it possible that some content creators are pushing this narrative because they think it’s what their fans want? Or has the game really failed to connect with its core audience? I guess time will tell.

Have you played ‘The Last of Us Part 2’? What are your thoughts?