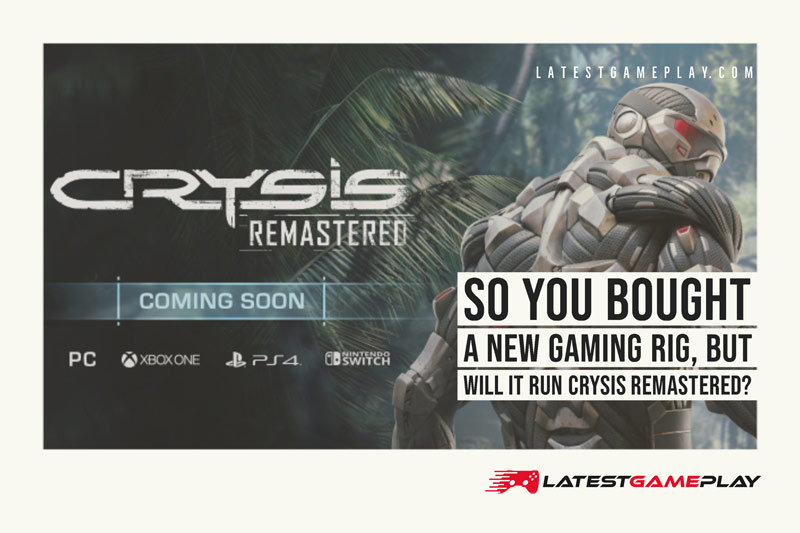 Back when in 2007, every single PC benchmark video revolved around the same question: Will it run Crysis? And that’s really not a surprise when you look back at it, the game featured pretty much the best visuals in any game up to that point. In fact, it could very well be released today, over a decade later, and it wouldn’t even look half bad.

There are even RTX Mods released to make the game feel more modern, but if you max up the original settings of the game, it still looks beautiful. And to look better than modern games over a decade after being released is an incredible thing. This is what you call growing old with grace, and that’s not such a common thing to see in the gaming industry. 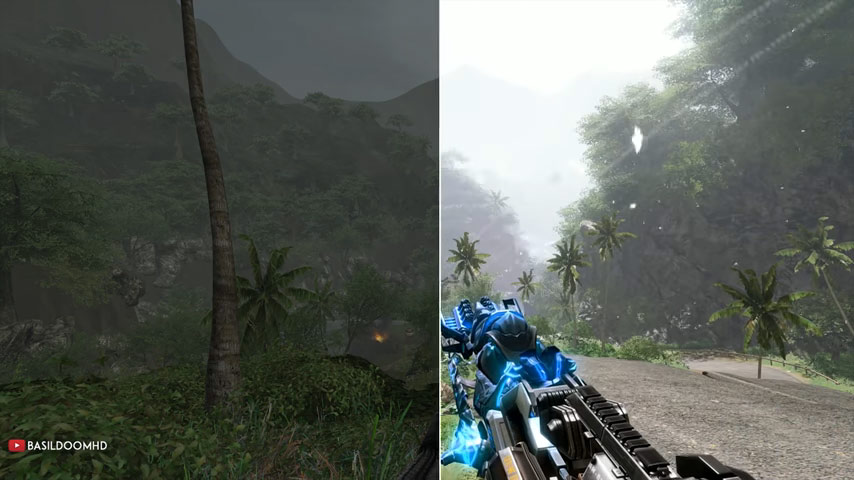 But as we mentioned here, the game was released over a decade ago, and it even got two sequels after that.

So, why are we still talking about this game right now in 2020?

Crytek appeared out of nowhere to announce that they’re releasing what nobody expected and probably no one asked for: Crysis Remastered. 13 years after the release of the first game and now it’s back for modern consoles and computers.

There’s still no official release date for this remastered edition, but there is plenty of speculation about it. And certainly, everything points at a summer release, more specifically on August 7.

Any Crysis fan knows that this date bears special meaning for the game, as it’s actually the date the plot of the first Crysis game starts. So it would be pretty cool to have the game relaunch once again on the very same date as the game’s plot.

But can it run Crysis Remastered?

Now we are finally back to the main question we’ve seen hundreds of times around the web: Can it run Crysis? We know for sure that the current generation consoles are more than capable of running the original game at the highest settings without any trouble. And nowadays we’ have better-looking games than Crysis.

But this isn’t just the original game, this remastered version seems to promise a lot. And for one we know that current generation consoles aren’t capable of using Real-Time RTX, and we’ve seen non-official mods to the original game that use RTX like a charm.

So, at least for the console version of the game, we know it won’t be at top graphics. But when it comes to the best graphics, you should always look at the PC version of games. Chances are, you are going to be needing really high-end gaming computers to run this title if it’s nearly as powerful as it was back in the day. So you should probably make some plans to upgrade your computer, as we’ve seen some other great remastered titles lately.

But speaking of if it can run Crysis, it’s time we mention the elephant in the room here. In the announcement, a name probably no one was expecting to see did appear at the very end. The Nintendo Switch is getting Crysis remastered too! Now, the Nintendo Switch is not nearly as powerful nor it bears as much capacity as the other consoles, let alone the PC. But it wouldn’t be the first time we’ve seen something this crazy in Nintendo’s hybrid console.

A new name in the developing team

While Crytek is the creator of the CryEngine, when it comes to making a remake and especially porting games into newer consoles, it’s nice to recruit new names. Here’s where our friends from Saber Interactive come into play. They are incredibly competent developer companies that have worked in excellent original games, and incredible remasters and ports.

Having worked in the Halo: The Master Chief Collection and Ghostbusters: The Video Game Remastered. And they’ve done an excellent job at that, and they’ve even worked some magic in porting games. They made the miracle of porting the entirety of The Witcher 3, with all of its DLCs into the Nintendo Switch. And not only is it a more than enjoyable experience, but it even offers solid performance, and they’ve included all the content in one Switch game card.

No extra download required, and even though it obviously doesn’t look as great as it does in PC or in other consoles, it runs nicely. So you can expect the new Crysis Remastered to perform smoothly on every presentation. As long as Saber Interactive works its magic, everything is possible apparently. So, now, let us cross out fingers to see the requirements sheet soon and see if they’re as ridiculous as it was with the original game.