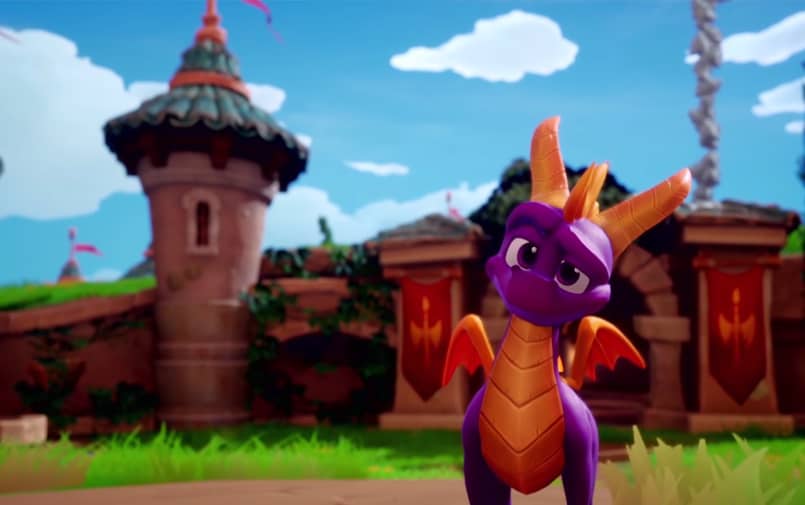 Spyro Reignited Trilogy A Fun Blast From The Past

Back by popular demand, The Spyro Reignited Trilogy breathes new life into the all but bygone age of platform gaming. All the while it successfully recaptures the magical charm that lit up so many hearts all those years ago. Today, a PlayStation mascot is reborn from the ashes, and its resurrection serves as a real tribute to the legend. As a result, Spyro rises proudly like the Phoenix, and it’s a splendid sight to behold.

The world belonging to Spyro is as it always was a magical one. That said, none of the sense of wonder goes awry within these reboots. There has always been a playful innocence to the Spyro games, and its inherent, good-natured themes are enjoyable to many niches of the market. Generally, the target audience is predominantly youngsters, but it has a place for all ages. Such is the level of purity and spirit found within. Firstly, each of the installments boasts a lavish new makeover which is apparent from the ground up. Visually, it exudes a vibrancy of color like the archetypes belonging to PlayStation antiquity.

Every square inch of traversable land has undergone a drastic metamorphosis. Sure, that’s to be expected considering the ripe old age of its predecessor. None the less, the visuals are a treat for the senses. Better still, the trilogy ventures way beyond that of a mere touching up or fresh lick of paint, hence it’s not the average spit and polish job one might expect.

Furthermore, the textures appear smoother than ever, while objects shimmer with a new varnished appeal. It’s hard to think of a platform game looking this good, ever. Also, characters like the infamous Nasty Gnork come entirely transformed to a high degree of visual excellence. Impressively, it achieves all this while staying true to the charm of the originals. Spoilt by the sheer number of bliss-soaked scenes, it’s easy to lose sight of them, what with them arriving thick and fast. If it were my choice, all games would look this good. Sadly, the gaming gods have the final say on affairs. But surely, they would wholeheartedly approve.

Additionally, the landscape that envelopes Spyro now comes fully realized, while distant landmarks carry with them greater detail. In the past, those viewpoints would look like nothing more than a pixelated smudge on the screen. With the scenery re-furnished, it paints a more vivid picture, even if a little of the mystery is missing. It’s safe to say that the Developers Toys for Bob has pulled out all the stops to ensure that the series aligns itself with the high visual standards of the present day. Consequently, each of the five mystical worlds springs back into life with renewed vim and vigor. 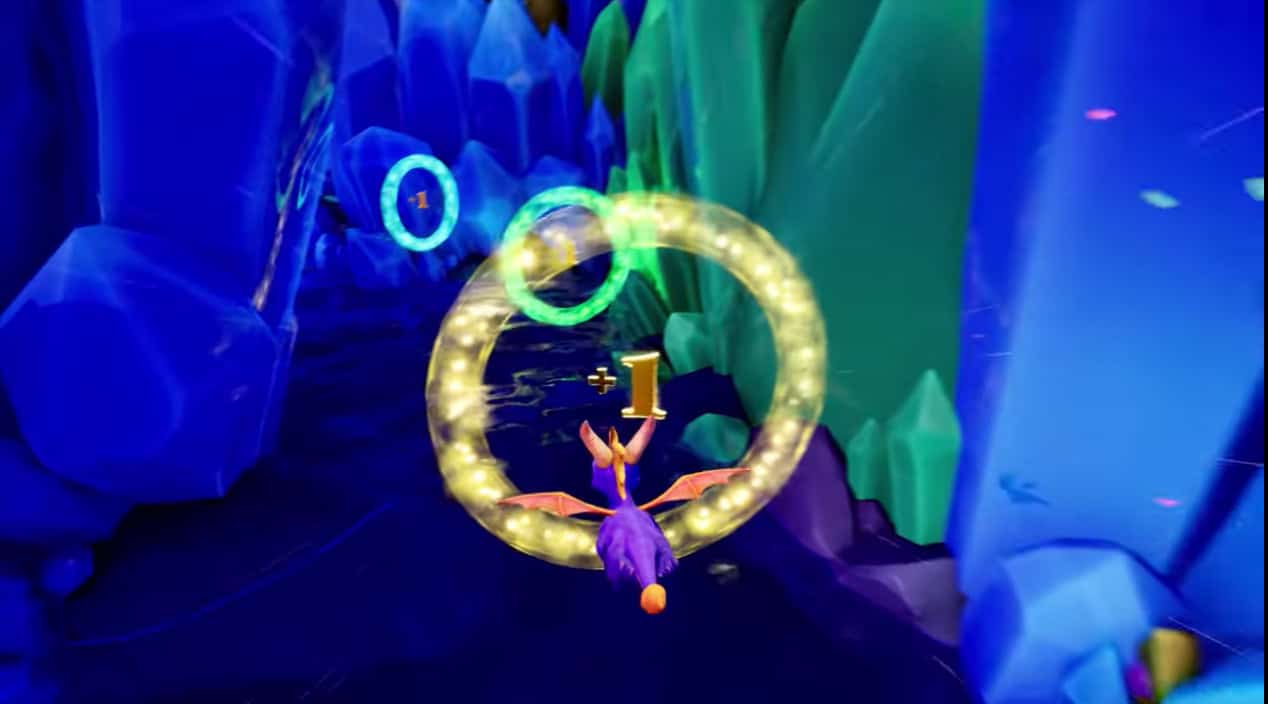 Seemingly, the extent of the revamping doesn’t stop there. The task is indeed a job for a fine-tooth comb. Ultimately, it’s a painstaking degree of scrutiny to uphold, but the visuals go above and beyond the call of duty. Watch on in awe, as individual blades of grass tilt in the breeze. All the while densely detailed foliage stands tall, and earthy bricks and mortar show off every crack and crevice. It fills the heart with glee.

All around, nature displays its blossoming qualities, and in doing so, the game flaunts all its most valuable assets. It’s this attention to the subtler points that makes all things in the world truly stand out. Lastly, it helps The Spyro Reignited Trilogy garner a unique sense of realism, and its effects leave a lasting impression.

It would be wrong to delve any deeper before stating just how enjoyable this set of games is to play. After all these years, nothing has changed. In a world of full of complexity, sometimes a simple approach is the most fulfilling. Seriously, just charging about the place in turbo sprint mode feels glorious, as does soaring from one location to another. Even torching everything in sight and ramming head-on into enemies has its cathartic properties. The list goes on, and the fun is endless. Watching the charming animations of Spyro grooming, sneezing or yawning during a state of rest will have you in stitches. All around, there’s plenty of joy to be had, and it pulls at the heartstrings. 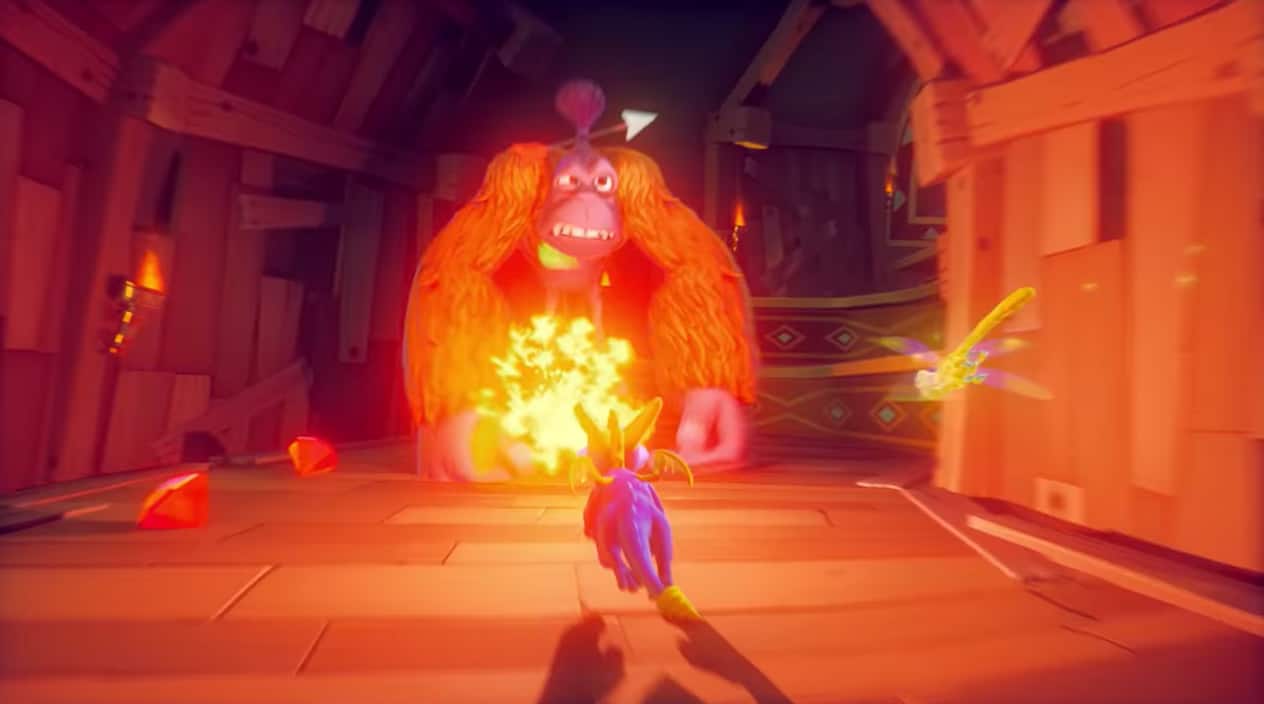 A crucial facet which makes the old games memorable is the soundtracks that accompany them. The original composer Stuart Copeland marks his return to the series with a fresh new theme for the trio. However, the original track-list created by the former drummer has now been adopted and reworked by musician Stephan Vankov. It puts a new spin on thing’s, and overall his versions are refreshing, even if they do lack the raw personality of “Copelands” soulful beats. The result is a fun, and energetic depiction that cooks up plenty of good vibes. Mainly though, the music gives off a real feel-good factor.

What’s impressive is the pinpoint accuracy to which this trilogy mimics the original titles, especially concerning level structure and design. Taking those first steps out into the Artisan World, the layout matches up to the old aesthetics. So much so, that even those hard to reach ledges sparkling with gems requires similar, precise timing to execute the necessary leap. 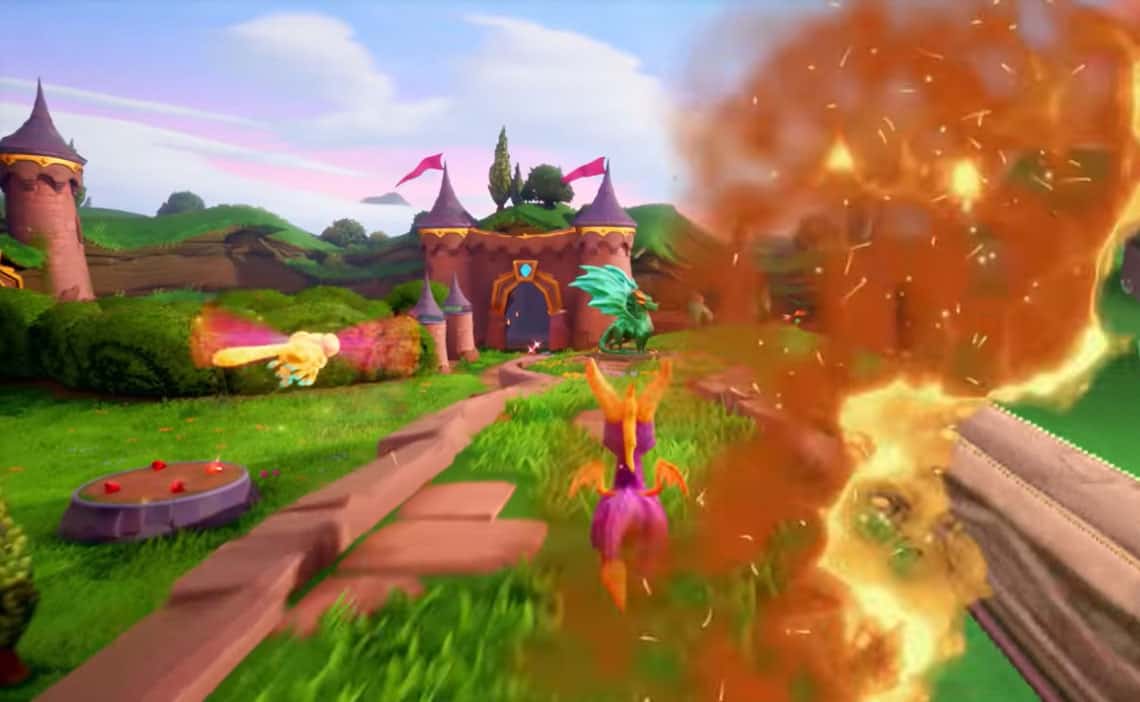 Equally, landmarks in the game reflect those in the original well, so it feels just like the initial experience. Moreover, you could forgive one for thinking that they had traveled back in time to the ’90s, so similar is the feeling to that of Insomniacs. Item and enemy placement are so precise, that one can solely rely on muscle memory to recall hidden gem locations. A useful tool indeed.

The character physics has dramatically improved too, whereby movements share a more distinctive and dynamic appeal. Whether it’s the pesky gem smugglers, ribbiting frogs, egg thieves or charging rams, all the models have a powerful allure to them. It’s hard not fall in love with the charmingly quirky nature of Spyro’s loveable cast all over again.

On a different note, it’s fantastic to see Tom Kenny reprise his role as the chief voice artist on the project. Tom, who initially plays Spyro in Ripto’s Rage and Year of The Dragon respectively, sees a welcome return to the franchise. For the most part, it does the character a world of good. Furthermore, Spyro’s rerecorded lines do an excellent job of instilling greater character depth. In essence, Spyro remains what he was to us all those years ago. A friendly, purple pyromaniac of course. Albeit, his heart, and personality will surely sparkle on for a new generation. 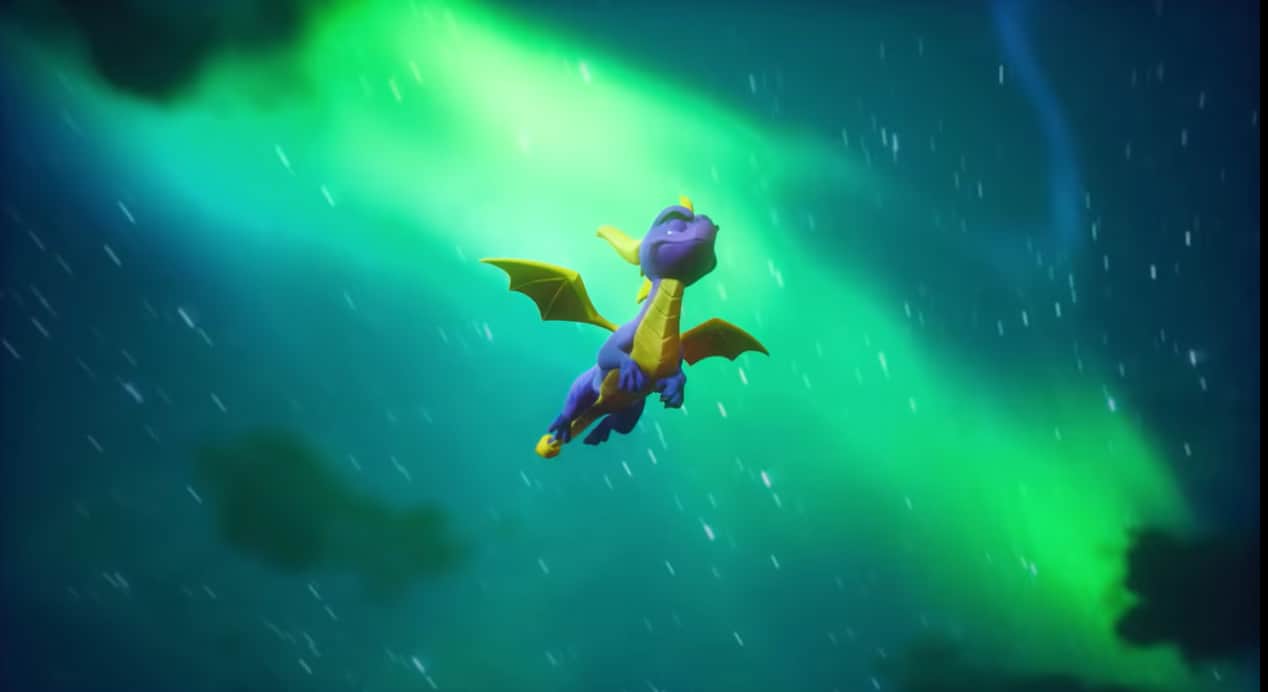 Similar to its native cousin Crash Bandicoot N.Sane Trilogy in many respects, The Spyro Reignited Trilogy merges all three games by a universal code of skills. Of course, back in the day, there were limitations to what Spyro could do. For instance, in the first game, Spyro could not hover or swim, and these somewhat limiting factors are highlighted once again in the remake. Despite the apparent differences, there are a few things that remain constant throughout all three, such as the luxury perk which guides Spyro’s sidekick Sparx to nearby gems.

As if that wasn’t enough, there is now a new mode contained in all three games, that’s unique to the series. In it, Spyro must complete secret objectives to obtain skill points. It’s a neat little bonus and one that makes exploring every nook and cranny even more worthwhile. Quests such as reaching a tricky platform or burning the hidden pink tulip add a little bit extra to the mix. At least by doing this, it sets itself apart from the originals. There’s a ton of tasks to do, not that you’d need an excuse to explore the familiar sights and sounds one last time. Who’d of thought reliving the retro age would deliver this much joy, it captivates the soul and captures one’s heart in the process.

All in all, The Spyro Reignited Trilogy reconjures all the legendary magic inherent to the original series. In doing so, it sets the benchmark for future remasters courtesy of a high-fidelity makeover that dazzles and delights. Finally, it offers up generous lashings of fun, outrageously enjoyable action and its endearing faithfulness to the franchise will not go unmissed.

On a final note, the modern era of gaming is used to big budget titles dedicated to a mature audience. Isn’t it refreshing to have a childhood favorite that sits well with youngsters and oldies alike? Please write in with your opinions. We would love to hear them. Meanwhile, why not look at how our goofy knight is shaping up for his re-release? Have you guessed who I mean yet?