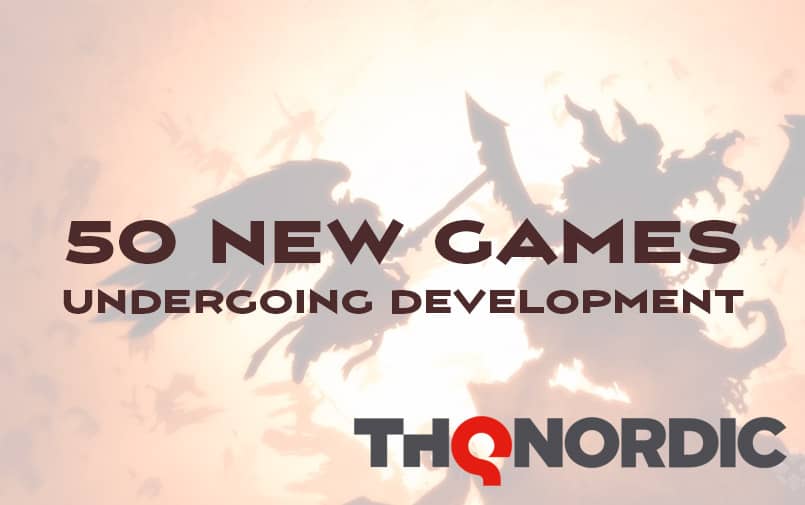 A host of worlds await us, the gamer, according to THQ Nordic's last financial report...

THQ Nordic is not shy of undisclosed projects, based on new Intel from the publisher’s financial report. Of course, these range in significance. That said, the most notable is a high-profile project from the developer 4A games. No doubt, a AAA title, considering the developers track record — Metro Exodus springs to mind.

In recent years, many development teams have been, subsumed under the THQ Nordic umbrella. On that note, it’s of little or no surprise that the publishers would have many works undergoing development. But still, 80 across the board is a colossally high volume. Most of which, joined the repertoire during the last financial year.

“We invested SEK 305.2 million in our growing development pipeline that will be driving the Group’s growth and profitability in the coming years. During the period we signed multiple new projects, among them a new development agreement with 4A Games, the developers of the Metro franchise, for their upcoming, still undisclosed, AAA-project. By the end of the quarter, THQ Nordic, Deep Silver and Coffee Stain had 80 games in development, of which 48 titles are currently unannounced.”

What’s perhaps most tantalizing about this extract from the THQ financial report, is the mention of a 4A Games, big-budget project. Also, yet to receive an announcement. If that’s not Metro Exodus DLC, then there’s ample reason to get excited. Although, that too, would be a mouth-watering prospect. At least in my eyes.

Also, it should generate little consternation that net sales reached SEK 794 million for the Business area, Deep Silver. Undoubtedly, bolstered by the release of Metro Exodus, in what was, “the largest game launch so far in the history of the Group,” according to the THQ Nordic financial report.

So, all in all, it’s safe to surmise that THQ Nordic is in its element right now. What with so many games currently undergoing development. Based on the findings of this report, the pipeline is crammed full of content. And, that can only be a positive, right?

We want to know. Are you excited for this wholesome list of unannounced games? As always, we value your views. So please, get in touch.

Require the latest industry scoop, be sure to hit up our news hub daily, for fresh content.

Thank you, THQ Nordic, for sharing the report, you can read up on all the details here.