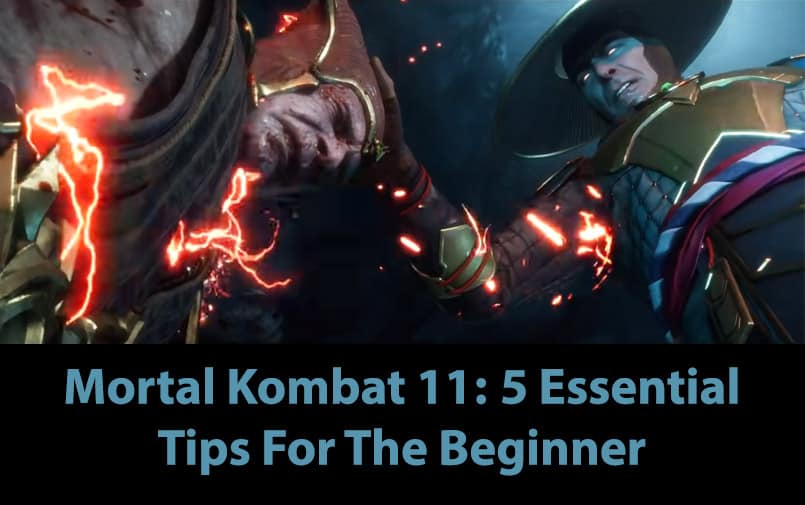 Mortal Kombat 11 is a fighting game with copious depth. On that note, behind all the X-rated gore and brazen brutality, are a host of complex systems and mechanics. Frankly, there’s a lot to comprehend, whether that’s mastering a variety of fighting formulas, or acquainting yourself with its plethora of menus, modes, and customizable preferences. Aside from all the blood, there’s plenty to learn and soak up.

The following list sets out to aid you in the arena. And hopefully, it might just accommodate those new to the scene. Perhaps, looking to gain a grasp of the primary, core principles. Don’t expect elite-level tactics to help you ascend the ranks of online competitive play or killer complex combos. Here, we give the newb a fighting chance of survival.

Make Use of The Extensive Tutorial

Sometimes, it’s easy to neglect a tutorial and jump straight into the action. However much of an impulse that may be, in Mortal Kombat 11, it is wise to make full use of the format. Netherrealm Studios, the developers behind the game, has gone to great lengths to ensure all abilities are supported, from novice, right up to veteran. 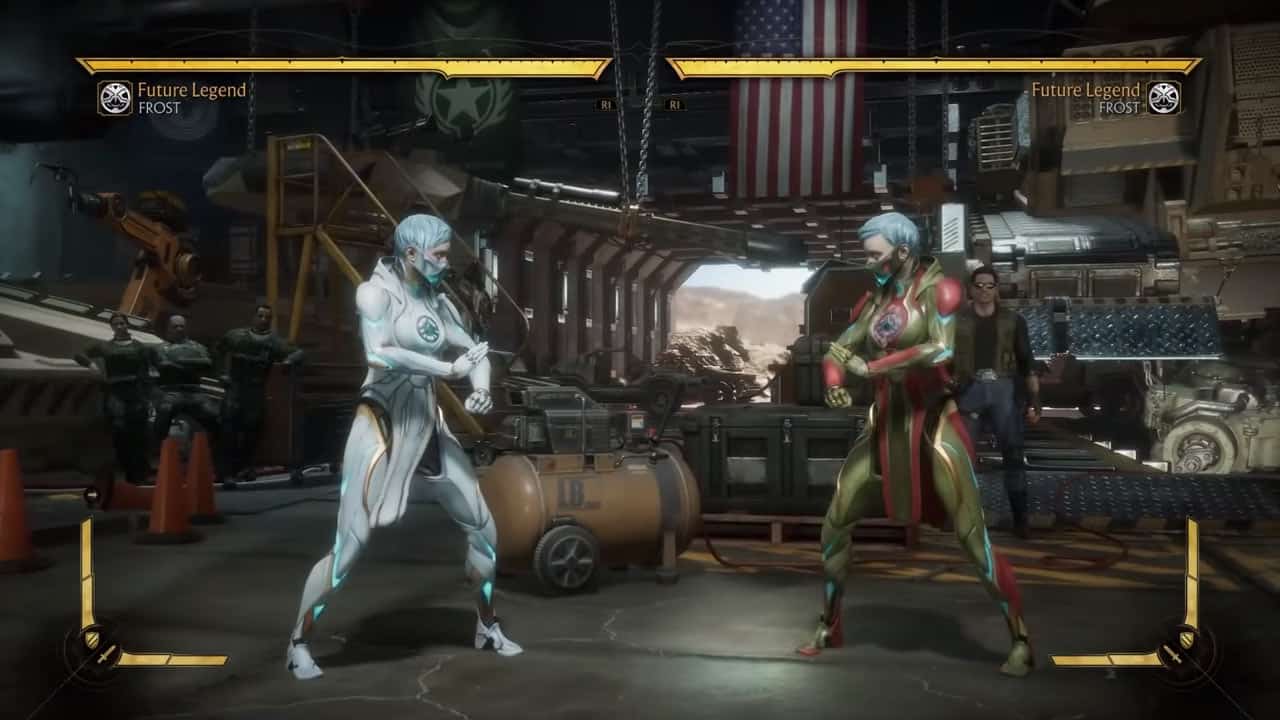 Not only will you glean insight into the intricacies of combat from both a defensive and attacking mindset. But, also, how to implement these strategies in different situations. For instance, you’ll learn how to repel ranged attacks. All the while, devising methods to resist a flurry, and escape pressure. All these elements come in handy and will put you in good stead going forward. Maximizing your knowledge of each statistical breakdown will give you an advantage in the arena.

Outside of the tutorial, which offers up essential, life-saving concepts, a move list, designed for those of an elite persuasion, issues an informative break down of each character on the roster. Within, you’ll find the in-depth stats of each fighter. Everything from damage rate to frame data is readily available. Though pro players mostly utilize this, it’s a smart tool to help crush the enemy, if a specific move is getting the better of you. 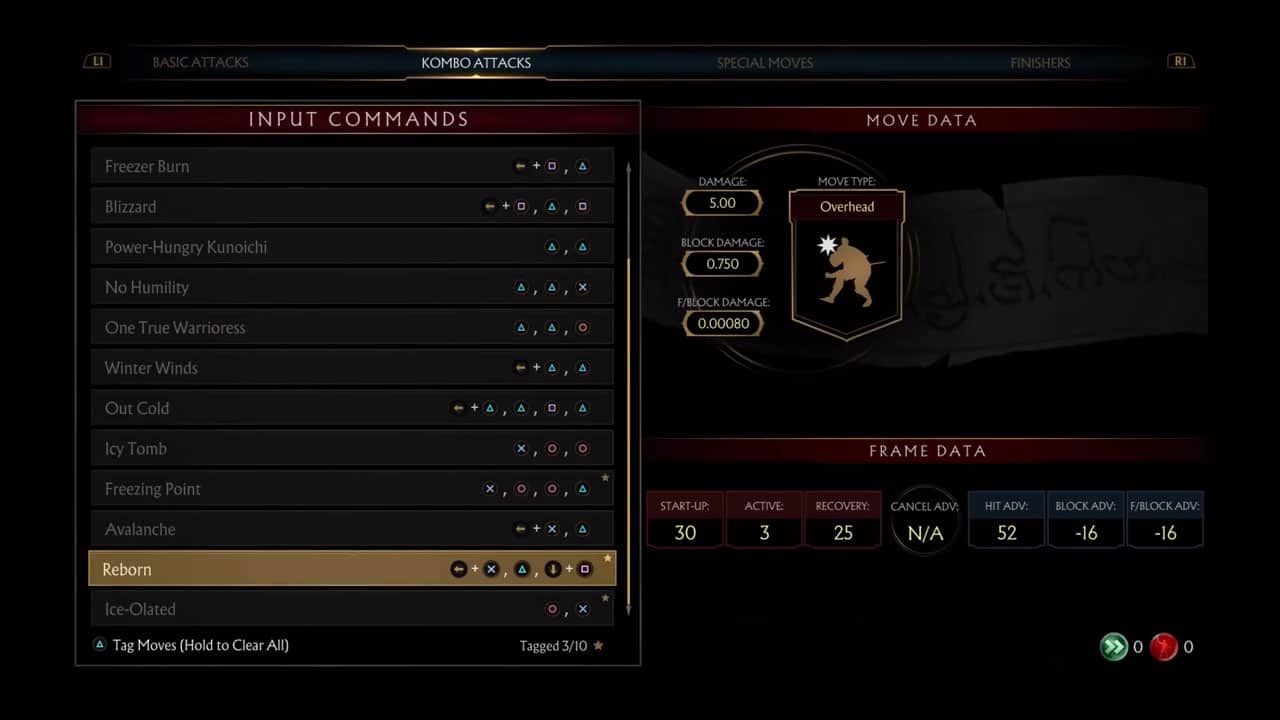 Only Use Your Fatal Blow at The Critical Moment

At some point in the contest, you’ll be able to dish out a devastating attack, referred to as the fatal blow. However, these are in short supply; in fact, you’ll only be able to make use of this leveler once throughout the whole match. With that in mind, it’s best to gauge the critical time to strike. That is, should you wish to make full use of its effects. 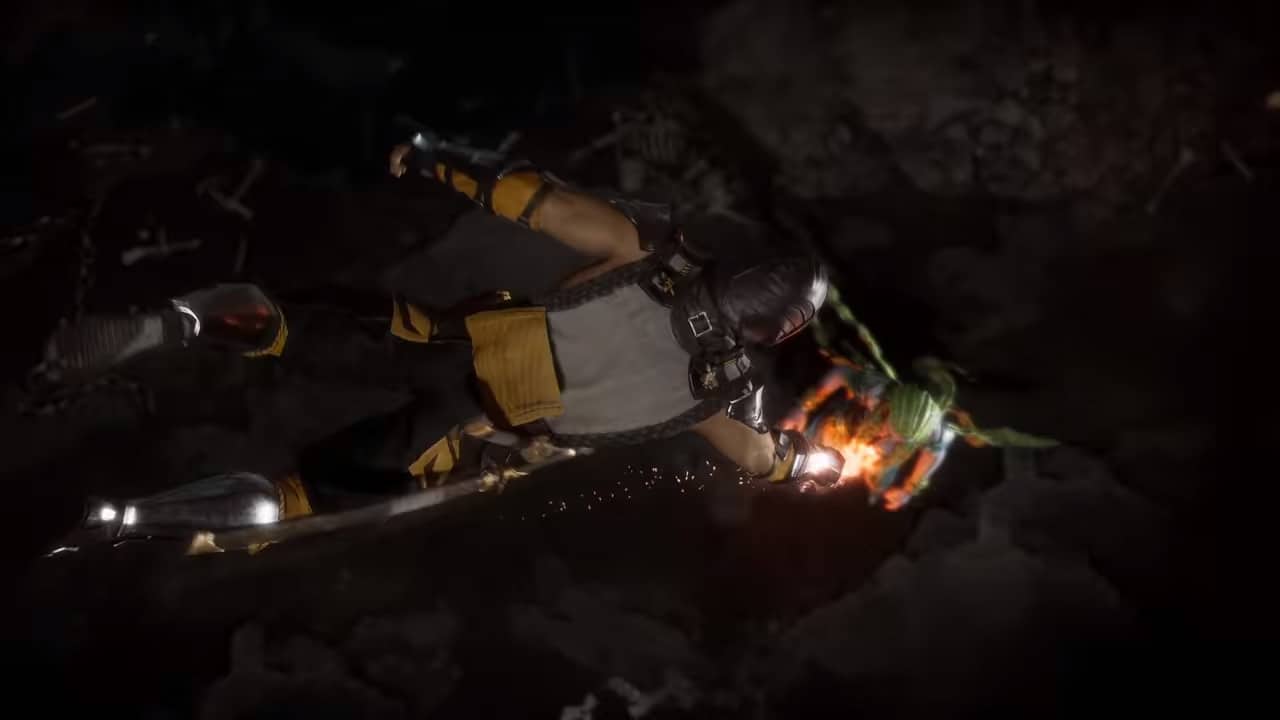 It’s worth noting that these specials are offered up to the player once health reaches 30%. At this point, you’ll get an opportunity to execute the blow. But be warned, the opposing player can block the attack. The fatal blow inflicts considerable damage at 31%, a great way then, to become the ultimate comeback king.

Get Creative with Customization

In Mortal Kombat 11, players can customize to their heart’s content, like never before. Unlike previous iterations, characters are alterable aesthetically via the use of cosmetics. Also, these items do not intrinsically link to stats. Thus, granting the flexibility to chop, change and modify, in a way that suits your style — without having to worry about the modifying implications. And perhaps more importantly, the option to switch out movesets allows you to add extra layers of depth to your existing repertoire of skills. 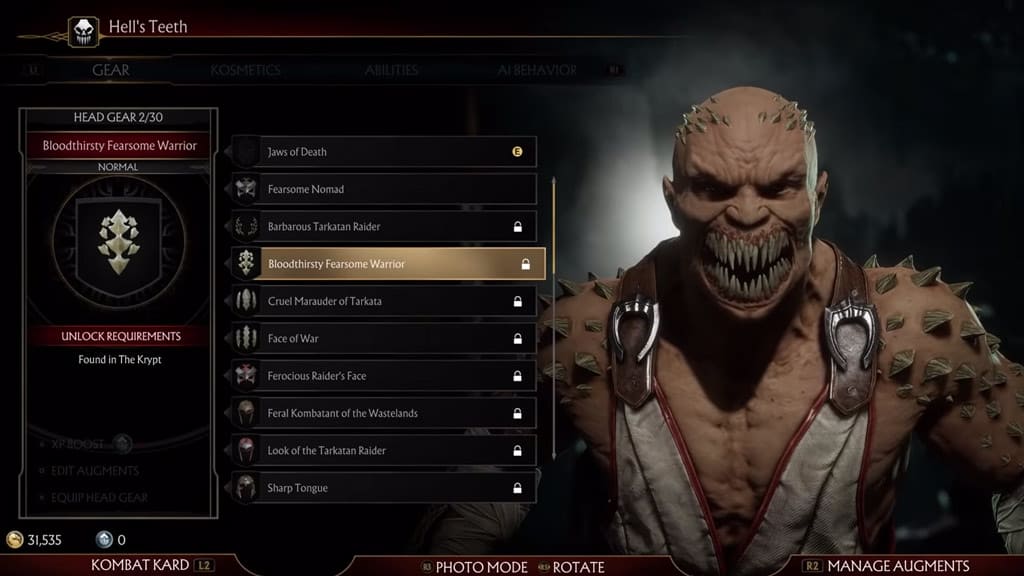 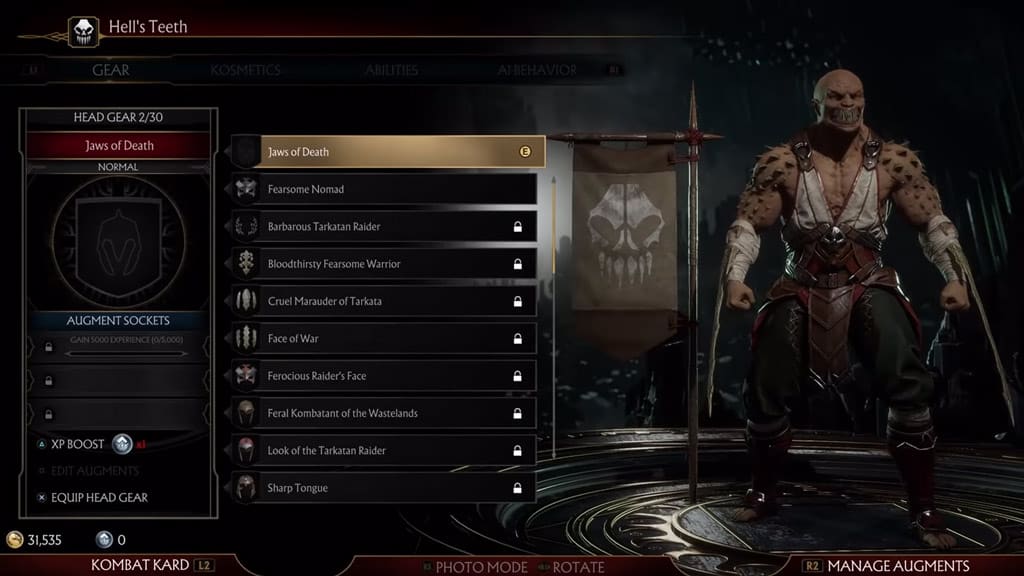 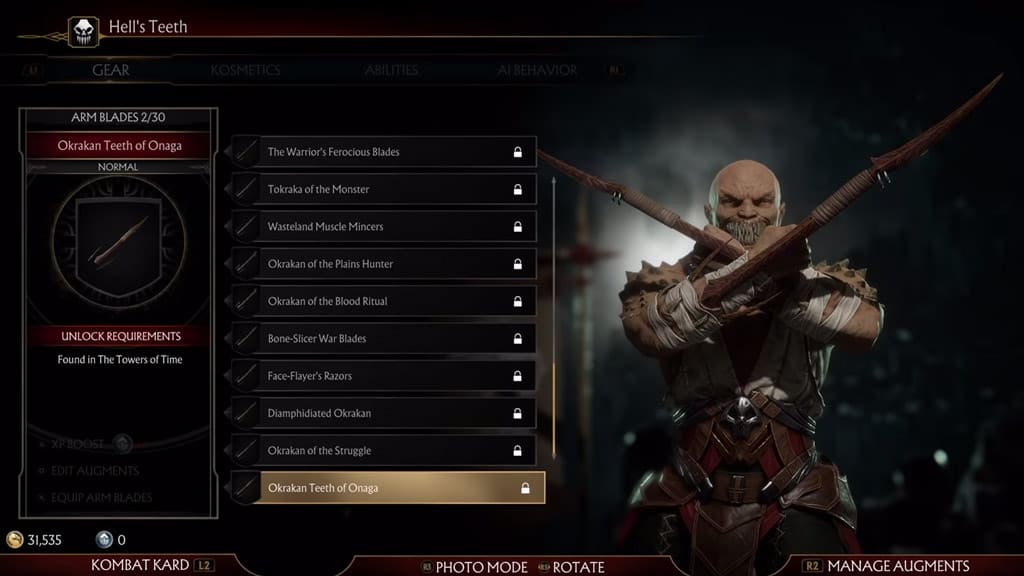 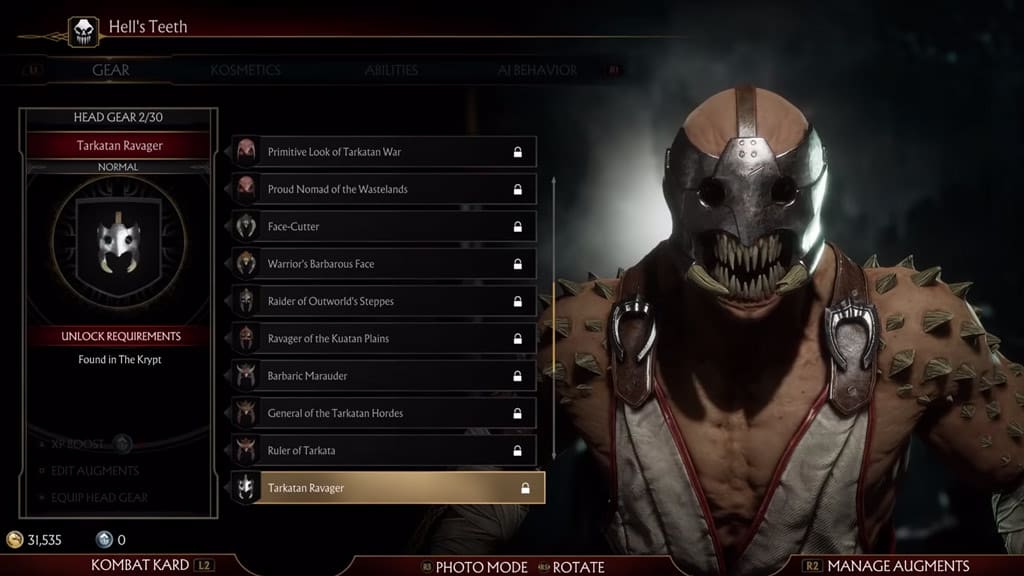 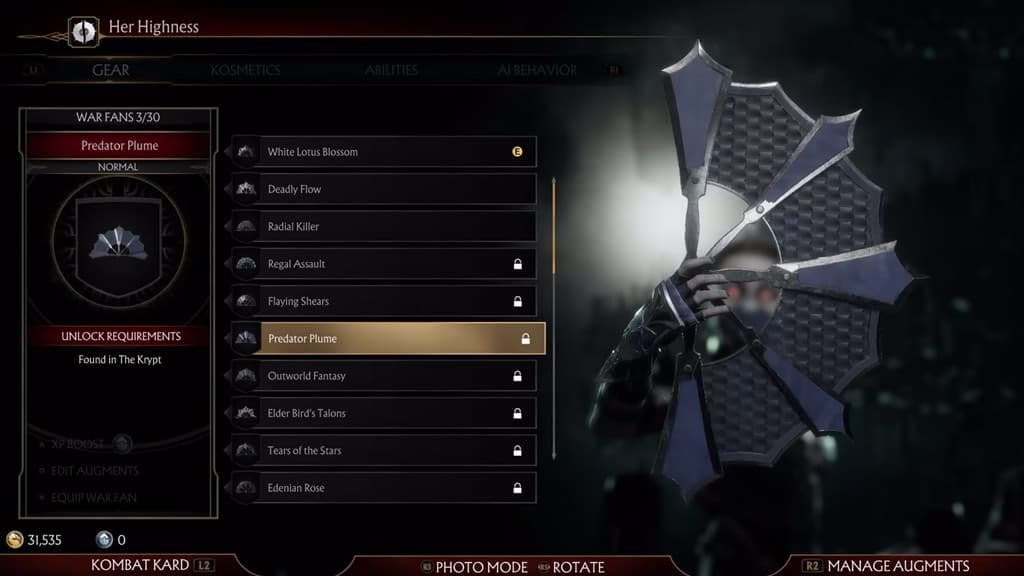 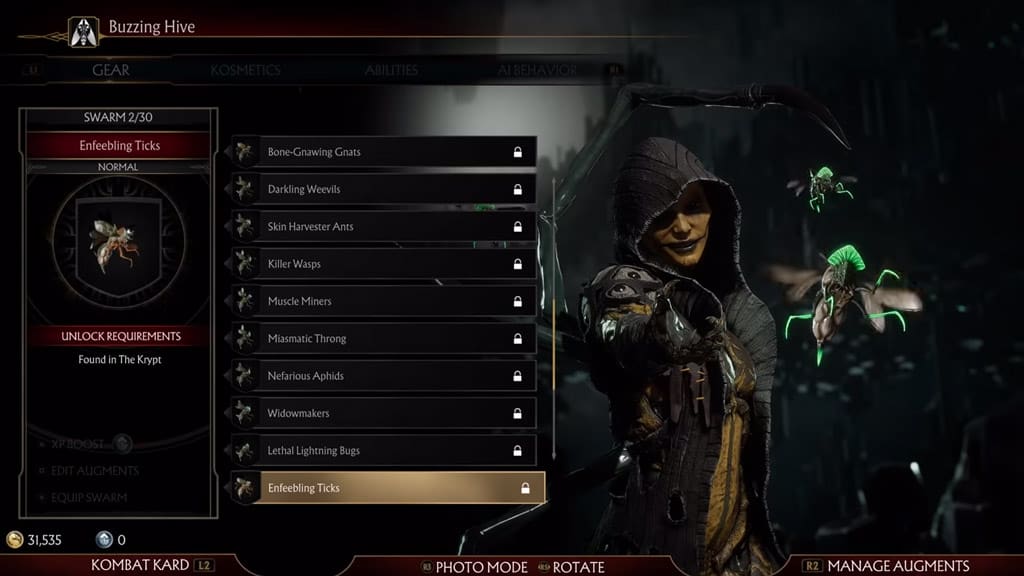 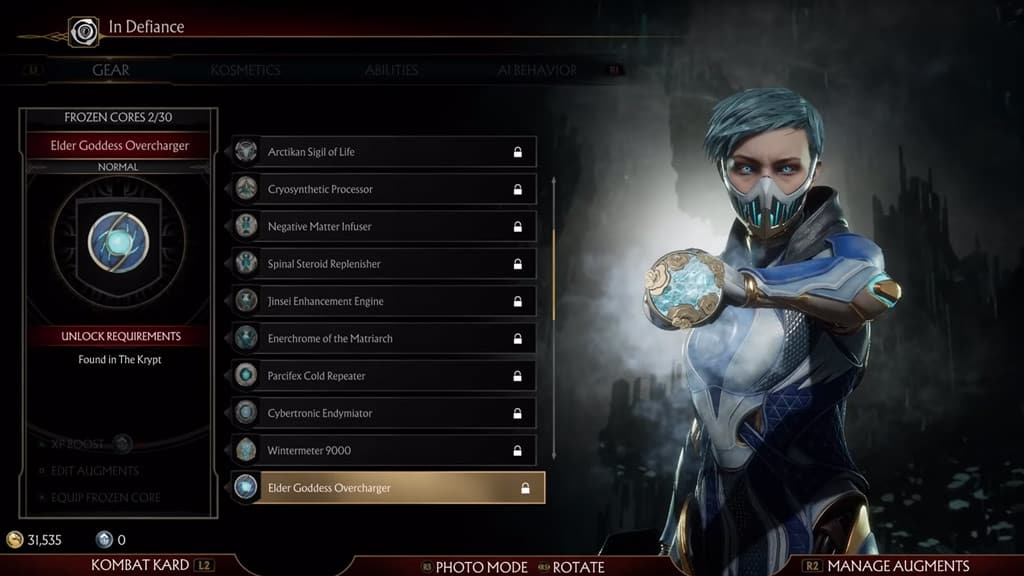 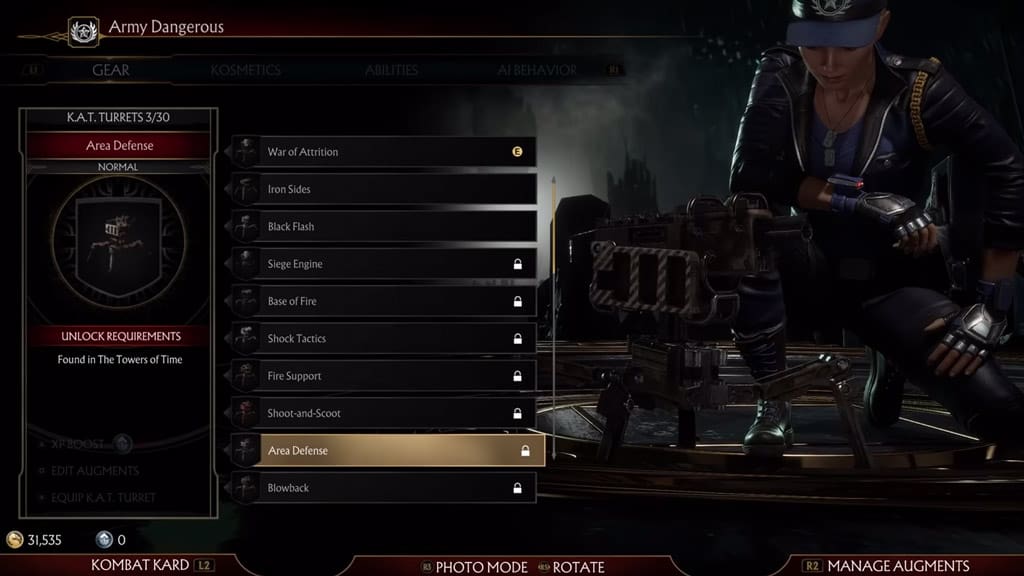 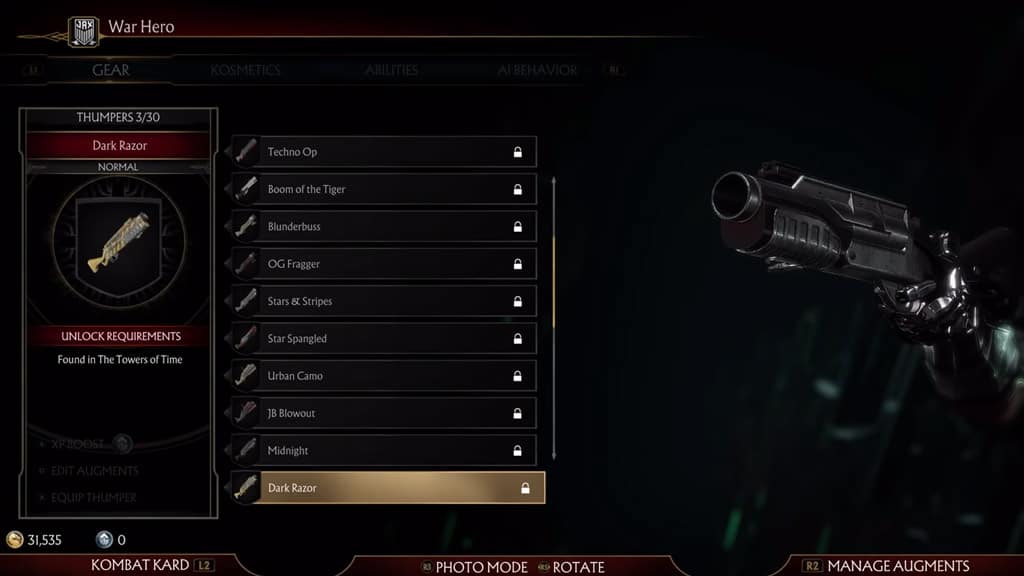 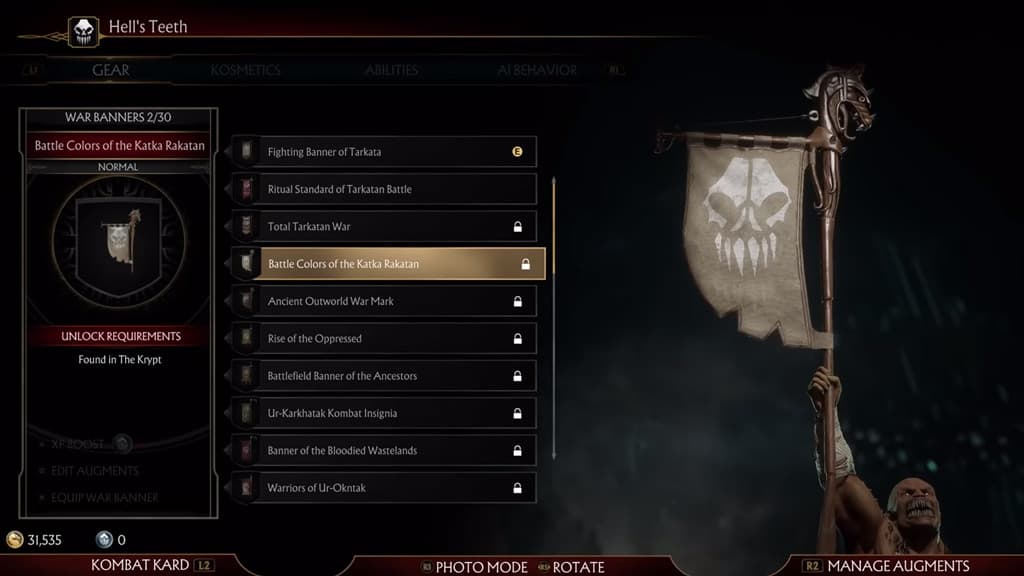 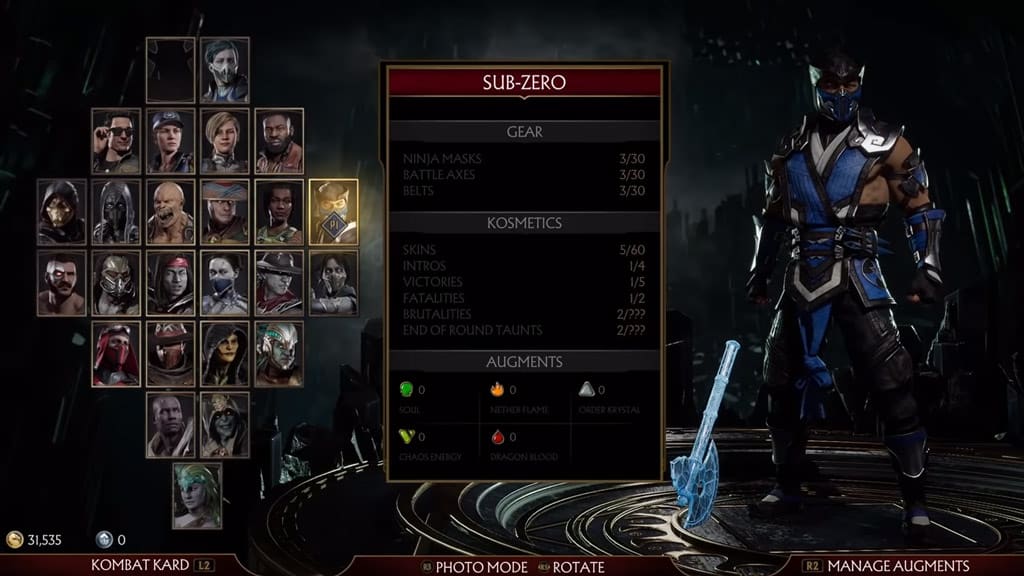 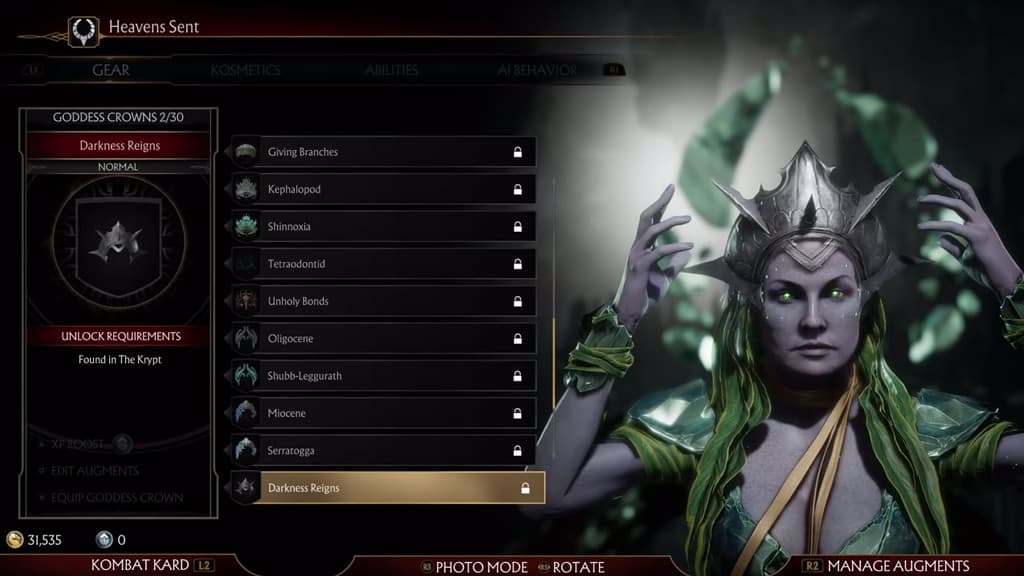 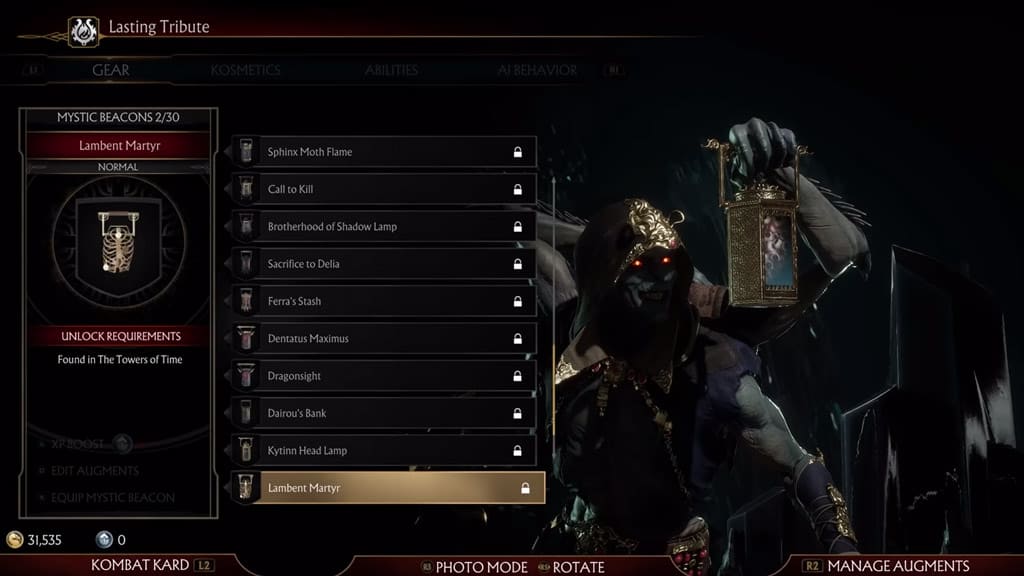 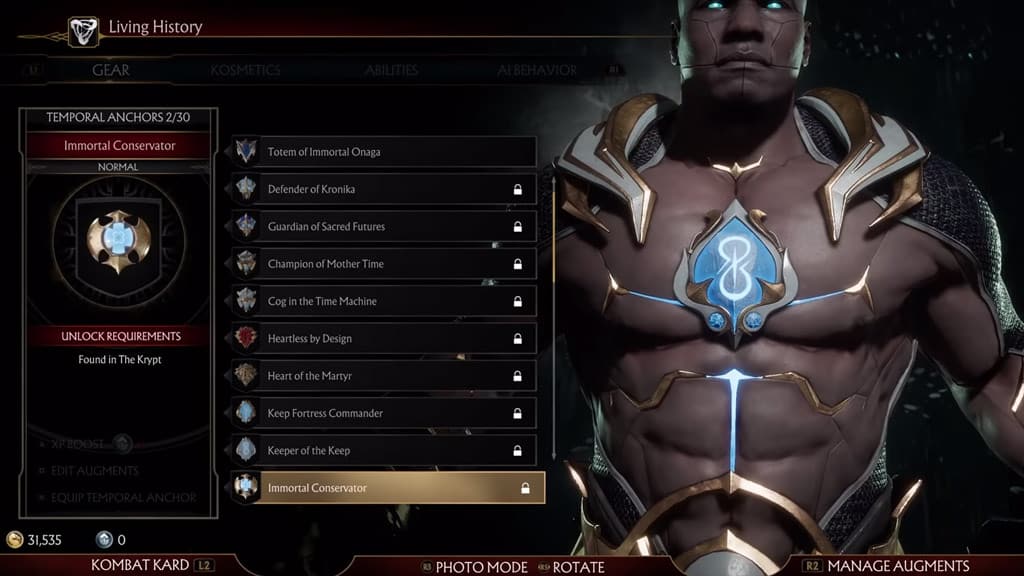 Put in The Hours at The Towers Of Time

When push comes to shove, the Towers of Time may acquaint to an odd concoction of bizarre battle scenarios and silly modifiers. Though there may be a case for that, successful completion will grant great reward. In truth, some of the match-ups do purposefully stack the odds against you. Nevertheless, currency and a gamut of gear are worth the excruciating torture.

Besides, if things are a touch on the problematic side, you can always summon an A.I do the dirty work for you. The caveat is, you must witness each fight, and victory is never a certainty.  Regardless, the fruits of success are still gifted to the player upon completion whether you substitute yourself out or not.

All in all, Mortal Kombat 11 is a fantastic fighter. And, one that does extreme justice to the name. Hopefully, this short but concise, compendium of knowledge will help any beginners become attuned to the bone-crushing brutality of Mortal Kombat 11. What do you do to stay one step ahead of the competition? Let us know in the chat below.

Want more? Be sure to check out our homepage for more cutting-edge listicles on all the best games.