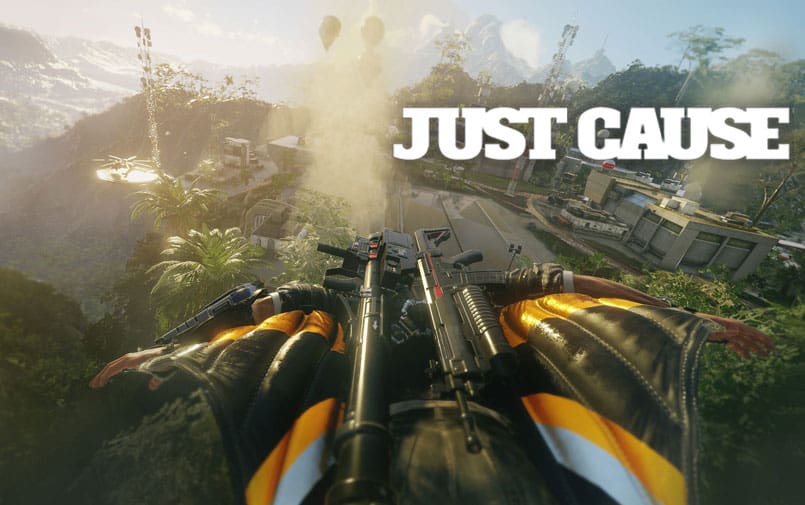 In truth, the best Just Cause game ever is tough to call. Ever since the first entry in the series canon back on September 22, 2016, the franchise has gained notoriety. Most notably, for its high-flying stunts and outlandish adventures. Its name derives from a phrase, attributed to the United States Invasion of Panama. Hence “Operation Just Cause.”

Similar to how the ‘Saints Row’ series satirizes the GTA experience, Just Cause follows the ‘Far Cry’ formula in many ways. Typically, players set foot in a sandbox open-world, with an official license to wreak havoc in every sense. Most known for its extensive free roam elements; Just Cause is a third-person shooter, that allows players to traverse the exotic landscapes via land, sea or air.

Better still, a spectacular story usually coincides with the non-stop, high-octane action, to generate a thrilling experience. And one that never ceases to dazzle the senses. In honor of the series, synonymous for carnage and chaos, we have uncovered the best Just Cause game ever. Ranked in reverse from worse to best, these are the series staples that symbolize everything we hold dear about the Just Cause experience.

Just Cause may lack the polish of its successors. At least in terms of presentation. That said, the game that put the series on the map was, and still is a blast to play. Packed with plenty of zany fun, including def-defying ariel acrobatics, a host of side quests and a Latin-infused soundtrack, the original Just Cause laid the groundwork for others to follow in its comically ludicrous footsteps. A great way to begin the countdown, in our quest to find the best Just Cause game ever.

Next up is Just Cause 4. The fourth iteration retains the series criteria of over-the-top, movie-like madness that it’s famed for delivering. Of course, the story has never been the series’ strong suit. However, the cinematic structure and its profoundly personal plot instill a surprising level of immersion, allowing the player to invest in the whacky exploits of series protagonist Rico Rodriguez.

Even though the game looks beautiful, and is more accessible than ever, it ultimately fails to integrate its original grapple feature concept in innovative ways. In contrast, there is still plenty of explosive fun to be had with the latest adventure in the series. Thus, falling shy of achieving the title of the best Just Cause game ever. 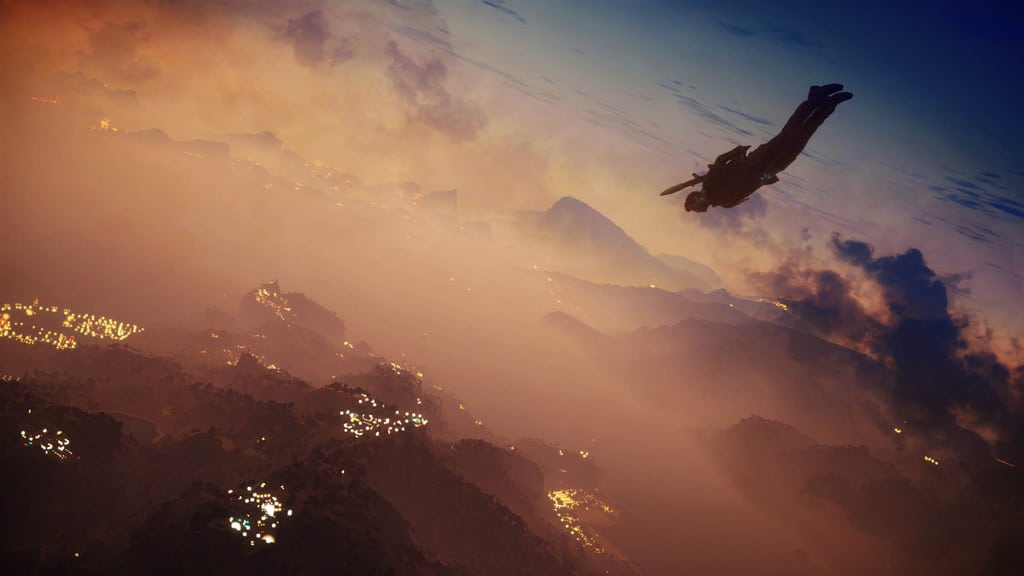 Just void of a place in the history books is Just Cause 3. True to form, the third entry infuses manic-movie-esque action sequences within its sprawling open world. The product is a game that offers a near infinite amount of options, in regard to mission approach. With balanced combat, technical improvements concerning the ironing out of bugs, and an inspired open world flooded with color and content. Just Cause 3 stays faithful to its name, by giving the player license to roam, within its crazy amusement park of insanity — almost them, the best Just Cause game ever.

Finally, it’s time to pop out the champers and take to skies in celebration. Just Cause 2 is undeniably our top-pick for the series, and here’s why. Though the story has all the charm of a classic, B-movie blockbuster, Just Cause 2 stands out from the pack. Mainly, because of its exhilarating stunts, dazzling set-pieces and an open-world so big, that a giant would struggle to find the borderlands. Even with a tracking device!

All in all, Just Cause 2 is a gem of the genre. A feature-packed, mind-blowing extravaganza that earns a place on any gamers bucket list. Addicting, challenging and more importantly, insanely enjoyable, we rightfully declare the sequel, the best Just Cause game ever.

That brings this list to a close. Do you concur with our pick for the best Just Cause game ever? Also, how to do you rate the series, in comparison to its peers? Is it on the same level as Far Cry? Please write in with any opinions below. We value your thoughts.

Still possess a craving for open-world experiences? Why not check out our cutting-edge piece on Far Cry New Dawn

Related Topics:Just Cause
Up Next