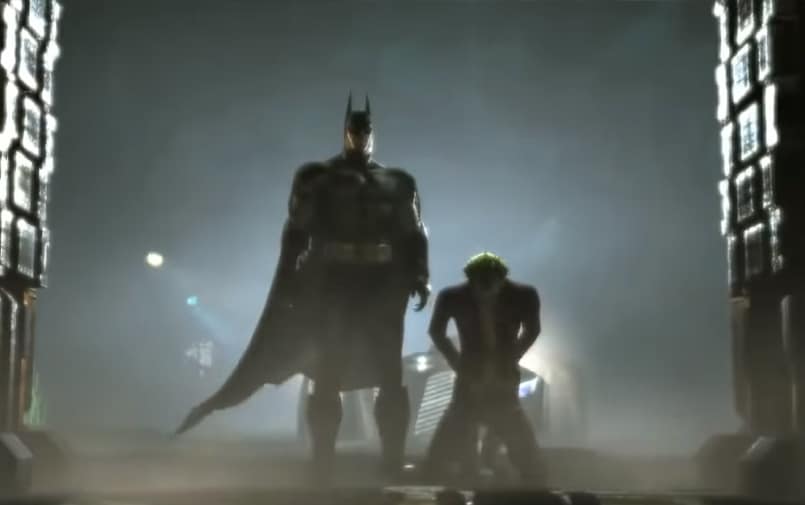 In order to reveal the top five Batman games we must first revisit the caped crusaders origins. Batman is an omnipotent cult hero. An American icon etched into the fabric of our existence. Probably, one of, if not the most recognizable characters inside of the fictional realm. The masked Superhero first graced the scene in 1939. Through what was a series of detective comics, published by the now legendary DC comics.

Since then, Batman’s burgeoning popularity has enabled the character to feature in various adaptations. Every avenue from TV, to radio and film, has been explored. Such is the marketability of the man behind the mask. Practically merchandized in all but every form, Batman even ventured into toy products, and of course the video games market. That brings us aptly onto today’s topic.

Over the decades, there have been many Batman games. With that in mind, whittling the candidates down to just five was a tall order. In spite of this, we think these iterations do a great job of living up to the legend. So then, it’s time to pop on the cape, and rev-up the batmobile to deliver some true street justice. Here, are the top five batman games.

In truth, Batman: Arkham Origins may not hit the dazzling heights of other entries to the ‘Arkham series.’ Acting as the least effective in the trilogy. Regardless, it can still hold its own. Mainly, due to a robust cinematic story, sumptuous visuals, and a rock-solid combat system. A prequel to the reboot series, ‘Origins’ offers up a gritty depiction of Gotham, with stand-out boss fights, inquisitively fun crime scene investigations, and brutal fist-based finishers. Just a few of the reasons then, why Batman: Arkham Origins earns a firm place on this list of the top five Batman games.

Next up, is the current gen iteration, developed by Rocksteady. Just about everything in this game elaborates on the core themes of its lofty predecessors. With startling levels of polish and presentation, the exploits of our caped crusader and this fierce guardian of Gotham have never dazzled with such startling realism.

Not only does Batman: Arkham Knight contain a sprawling open-world unmatched in size and scale. But it fine-tunes the already sturdy combat synonymous with the series. Here, the strike and counter combat system reaches a near-perfect peak. All the while, the ability to crank out the turbo-thrusters and take the batmobile for a spin, is just too much of a temptation to pass up.

All in all, revving around Gotham, dishing out street justice, soaring through the skies and stopping the likes of those vile villains, such as Two-Face and Penguin, to name a few, garners tremendous fun from start to finish. Without any doubt, a fitting entry on this list of the top five Batman games.

For this third entry, we’ve decided to throw a spanner in the works, and go old-school on your A*^. By today’s standards, it may not cut the mustard in terms of visual fidelity. However, the super tight controls, a highly atmospheric OST and its potent blend of challenge-based pixel-perfect platforming, make this old classic as viable today, as it was when it hit the bigtime all those years ago. A rare gem, worthy of a spot on this list of the top five Batman games.

Fourth on this list, we have a game that gives profound credibility to the comic book series. In truth, fans of the household name will get on famously with Batman: Arkham Asylum and its sinister undertones. In what is a dark and dingey tale ripe with outstanding voice acting. Namely, from antagonists The Joker and Riddler, who set the mood to significant effect. Alongside a masterful OST that immerses the player right from the game’s inception. With fun brawling and innovative bat-gadgets, Batman: Arkham Asylum feels like a genuine experience, in all but the most authentic sense.

Finally, we have the cream of the crop — the finest showcasing of Rocksteady’s talent to mimic the magic of Batman as a form of stimulating entertainment. Everything from the intuitive gadgets to the seamless gliding system reeks of Batman. All the while, special effects like costume damage and its darkly wicked world draw you into the evil madness of Gotham in a way that no other game has been able to capture since. In all but every sense, fitting of the crown, on our list of the top five Batman games.

In essence, Batman will live on long in the memory thanks to these games. Just like the alter ego of Bruce Wayne deals out mass justice on the street, these games solidify Batman’s status as a true icon of our time and age. No sign of your all-time fav on the list? Chip in with your contributions. We value your views.

The Top 5 Motorcycle Games Ever