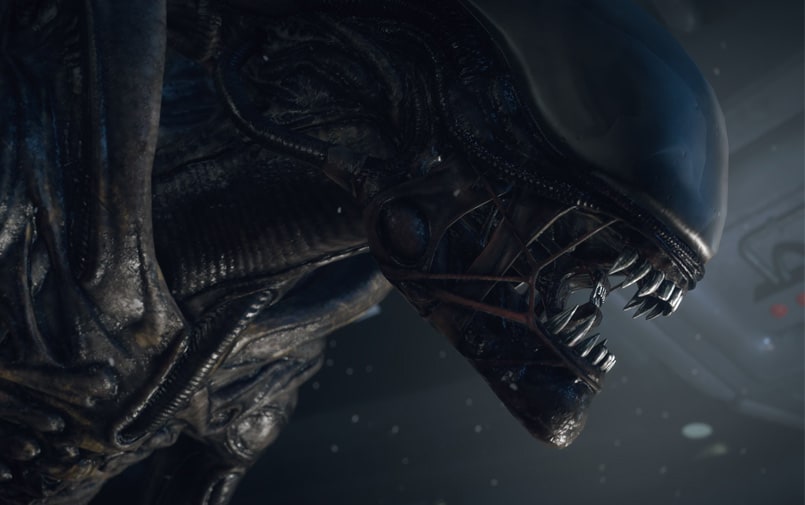 In truth, there is no shortage of horrific monsters throughout video games history. On that creepily, eerie note, as long as video games continue to exist, then, malevolent monsters will lurk, never too far behind. Not only are monsters hugely significant in instilling fear, whether that’s through snappy jumpscares or a prolonged sense of dread.

But also, they can serve as a useful plot device, highlighting the disparity between good and evil. Often, this can take the form of an end boss, or evil archnemesis. Either way, there have been many throughout history. The slither of which, successfully send shivers surging down the spine. (Talk about a tongue-twister).

Kickstarting this hideous list of horrors is the Necromorph. In truth, Dead Space is a game that owes a high debt to the horrific nature of its mutant enemy. Much of the atmosphere and suspense is generated not through environmental effects. But instead, the unnerving tension that derives from the next chance encounter with another monstrosity. 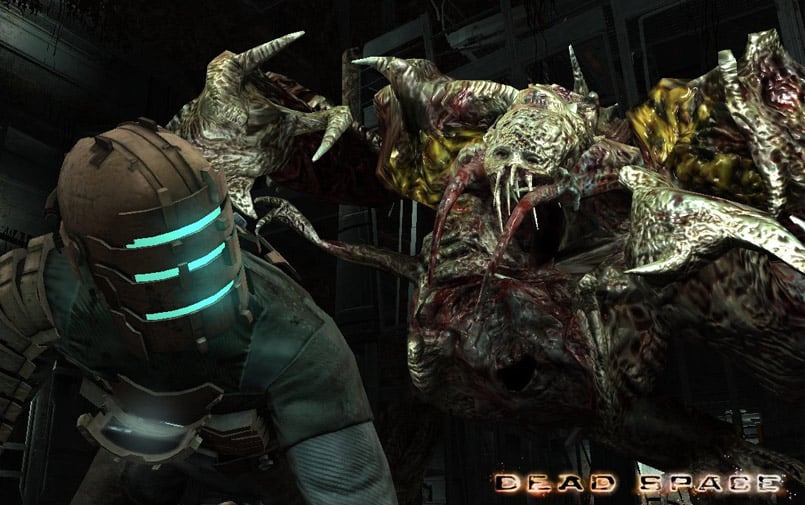 Necromorphs are made even more terrifying, by their ability to shapeshift, regenerate limbs, and move at lightning speed. Hence, notching up the scare factor to eleven. At least on the scream-o-meter.

Though the Resident Evil series has a vast pool of vile abominations to call upon, none of them perhaps encapsulate pure terror like the Nemesis. Not only does this walking biological weapon overpower you in every department. But it’s heightened levels of perception, and advanced intelligence makes it one hell of a villain. 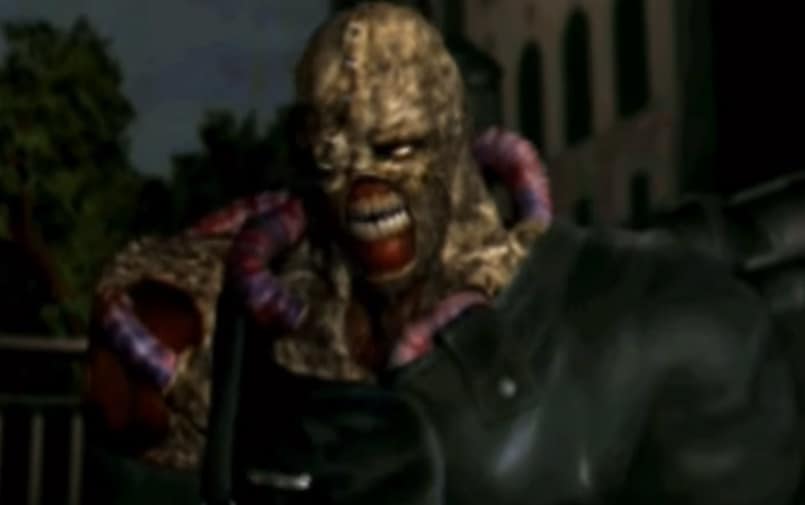 If that’s not going to make you cringe behind the covers, then the bulldozing tyrant’s ability to break through walls is sure to strike fear in the heart. That, and of course, the fact that this vile villain, lugs around a giant bazooka. Thus, making life extremely difficult for Jill Valentine. As if she didn’t have enough on her plate (#zombie-apocalypse springs to mind). A fitting addition to this list of horrific monsters in video games history.

The Last of Us, is often referred to, as one of the greatest games of all time. Though that may be true, the strength and the poignancy of its plot quite often overshadows many of the horrors that lurk under the games thick skin. 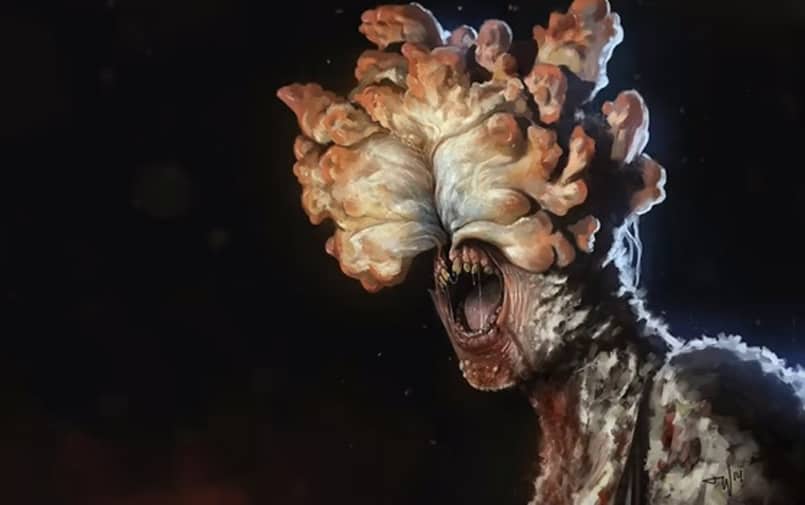 In the game, The Last of Us, a fungal infection, based on the real-life disease, has plagued most of humanity, turning most, if not all of Earth’s inhabitants, bar from a few survivors, into the walking dead. What’s horrific, though, is the evolution of bacteria, and the way it manifests within the host.

Clickers then are a part of the repulsive metamorphosis. And, are distinguishable via their severely deformed, fungal shaped heads. And, the creepy clicking noise they make when on the hunt for human flesh. Talk about dicing with death. Just one of many horrific monsters in video games history.

Although Alien, or Xenomorph as it’s commonly referred to, is a concept carried over from the movies (Ridley Scott’s Alien), Creative Assembly’s depiction took the horrific idea to new heights. In what is arguably the single most terrifying recreation of Alien’s “perfect-organism,” ever. But that’s up for debate.

Much of the fear factor, is cultivated through Ripley’s nemesis. Which, boasts of hyper-realistic movements and smartly unpredictable A.I. But mostly, the shock dial reaches overdrive status when the predator homes in its prey (you). And, proceeds to tear you apart, limb from limb. Surely then, one of the most horrific monsters in video games history.

Also, the lack of an ability to defend yourself is a useful tool in adding extra tension, to what is already a nerve-shredding, fright-fest. I, for one, wouldn’t want to be in Ripley’s shoes.

Last, to slither onto this list of horrific monsters in video games history, are the Gatherers. Of course, the dark and gloomy candle-lit catacombs are a perfect recipe for inducing horror-based thrills. And, the cramped, claustrophobic conditions of the Brennenburg Castle play host to an array of antagonistic freaks. 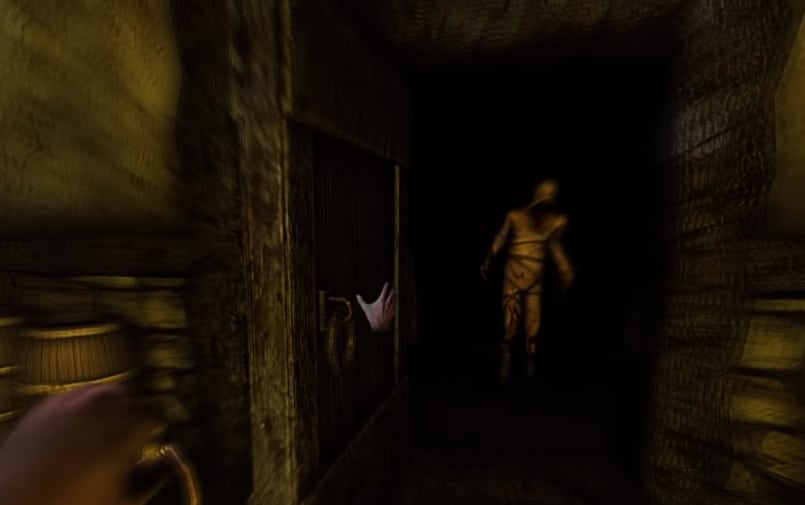 None more freakish, than the Gatherer; which are so hideous, that they even drain the player of sanity. Courtesy of their grossly disfigured faces. And, the eerie, growling noises they unleash when roaming the halls.

So, that concludes this list of my favorite horrific monsters in video games history. Of course, there are many that I have missed. With that in mind, why not share your grim top five, in the chat below? As always, we value your views.

For more fun and entertaining lists, why not visit our Top Five hub.