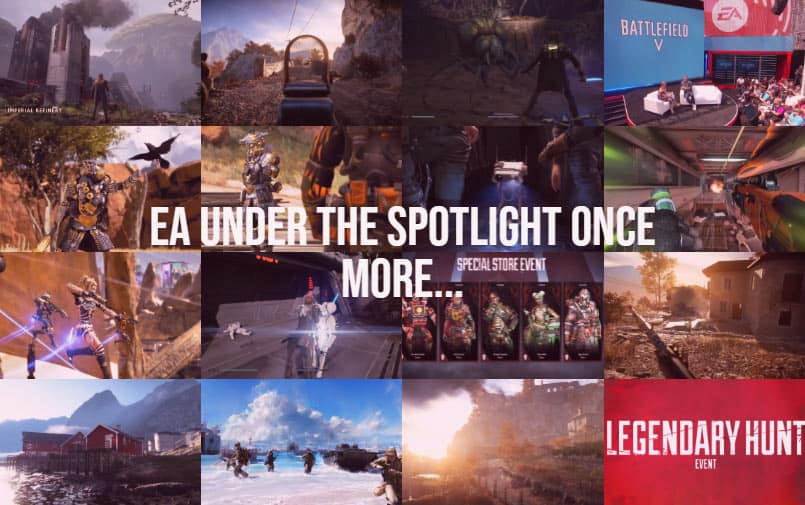 EA under the spotlight once more...

E3 2019 is now a romantic notion of the past, another year, another grand gaming spectacle. Unlike Ubisoft and Bethesda, EA elected to buck the trend once again and do away with the typical press conference, in favor of its annual EA play event. Spanning two days and hosted in Los Angeles during the run-up to E3, EA usually warms up center stage in time for the weekend festivities. But did EA set a decent enough precedence this time around?

Below, is a handy breakdown of all the essential titbits, in case you missed any of the pulsating action. Alternatively, you can catch up here. Quick note, those on the lookout for shock surprises and grand-spanking reveals will be left disappointed, I’m afraid.

With that in mind, everything expected to air did indeed come to fruition. So, unfortunately, conspiracy theorists and rumor revelers leave empty-handed. Following the conclusion of the show though, EA did unleash a new indie title, being cooked up by the Developer Hazelight. We’ll cover that, as and when more news surfaces in the coming weeks.

First, to grace EA’s, E3 2019 show, was Respawn Entertainments upcoming Star Wars title. Here, we got an in-depth peek at various gameplay mechanics. Most notably, the lightsaber, which looks just plain awesome to wield. On the face of it, combat shares a striking resemblance to that of FromSoftware’s, Sekiro: Shadows Die Twice. Whereby, the player can lock onto the target, with the ability to dodge and parry.

Not only that, but stronger enemies put up more resistance. Meaning, players must deplete the enemies posture bar until the critical moment. Only then will Cal deliver a fatal blow. Thus, killing the enemy, outright. Of course, harder combatants possess greater firepower. And, at first glance, even have improved defensive skills.

Considering the Publisher, the stark revelation of zero microtransactions is somewhat of a surprise. Whether EA will find a way to introduce them, later, remains to be seen. However, a single-player-only experience, developed by the makers of Titanfall and Apex Legends is sure to possess plenty of promise. At least in theory, anyway.

As expected, Season two was high on the agenda for EA at E3 2019. And while the first chapter perhaps started to grow stale toward the tail end, number two looks to freshen things up with an all-new character named Wattson, a woman responsible for the creation of the battle royale arena.

Wattson, or rather, the Electrocutioner; which is perhaps more fitting, (just dreamt that up), comes equipped with high-powered electrical weapons, as well as augs designed to stun enemies. And by the looks of things, projectiles are also her bag.

Additionally, in a rather trivial manner, Respawn unveiled its plans to boost the Mozambique, a gun notoriously known as the most ineffective in the game. And that’s undoubtedly a polite way of putting it. Anyhow, Season 2 starts July 2, for all you Apex fanatics out there.

Next up, for EA at E3 2019, Battlefield 5. Primarily, the presentation anchored around Season 4, and the addition of new multiplayer maps with private servers and rank reformatting, a distinct possibility.

Most of the buzz, though, was generated from Intel regarding Chapter 5. What we know is that the upcoming event will take place in the Pacific theater with the legendary M1 Garand added, alongside a traditional Iwo Jima map. Nice job, guys! Regular fan service is resumed.

On top of that, EA confirmed the release date of Fifa 20. As it stands, the football sim will hit stores on September 27. All the while, Bioware put in place a pledge to support Anthem well into the future. Let’s hope they stick to it.

We want to know. What did you make of EA at E3 2019? Did they blow you away? Or did the event leave little to be desired? As always, we value your views. So please, get touch via the chat below.