World of Warcraft A Wonderful World of Wonders 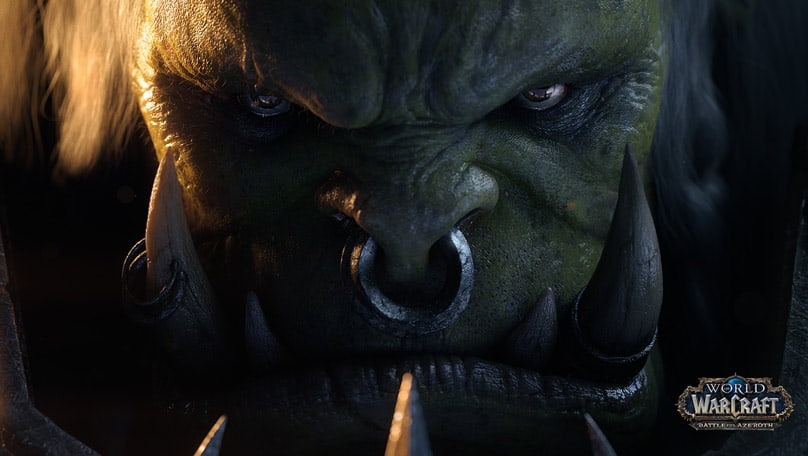 Massive multiplayer games have been a force in the video games industry for what seems like forever now. That said, this not-so niche genre nowadays has seen the emergence of games with immense promise go on to achieve great things.

Others though have petered out with time. Only to have then fallen by the wayside. World of Warcraft, however, belongs in the latter category. No one could have predicted the games meteoric rise to stardom. Meanwhile, the MMO has garnered a vast player community over the years, composed of legions so loyal, that they would leave Julius Caesar quaking in his boots. Surely then this display of unwavering devotedness acts as a touching testimony to the long-standing franchise.

World of Warcraft catapulted the genre to fame and fortune overnight, and this breakthrough act set the benchmark for future releases. A cult phenomenon in the most real sense, which lifted the genre to unprecedented heights, hitting the world by storm. Now, those concepts considered revolutionary at the time, act as the fabric of everyday life. At least in a gaming sense.

But just what is that makes this game stand head and shoulders above the rest? Today, we delve into the deep mechanics behind the developers Blizzard Entertainment’s star-studded, hit sensation.

In short, World of Warcraft combines progressive character development with a rich blend of magic and mythos. On top of that, a natural fluidity to the in-game mechanics, the vastness of its open-world and deviating story-arcs, all go some way in contributing towards the high levels of immersion up for grabs. What’s more, the sprawling, seamless world is roamable with very little in the form of loading screens. Which, let’s face it, tend to break up play and disrupt the flow.

Furthermore, the lack of tutorial and the ease at which the player interface is useable allows for complete mastery of the controls. Better still, it promotes more of a pick-up-and-play attitude. As a result, console players will feel right at home here. Therefore, the concepts at their core are cohesive, yet easy to grasp.

Likewise, genre veterans will get just as much gratification such is the depth and complexity of each system. All in all, this accessibility, inherent in the game, extends its reach, making it more appealing to a broader audience. No more of these abstract, alien concepts only understood by tech-savvy boffins.

Also, at play, are key role-playing elements. Firstly, there is plenty of variety in the game. With that in mind, the MMO hosts eight separate factions, each one possessing distinct cultures and personality traits. All of which belong to either one of two classes: Horde or Alliance. Interestingly, either choice has a meaningful impact on the story, and both scenarios manufacture different player outcomes. Consequently, characters will behave differently towards you. Meanwhile, the enemy roster changes and locations alter based on player choice. 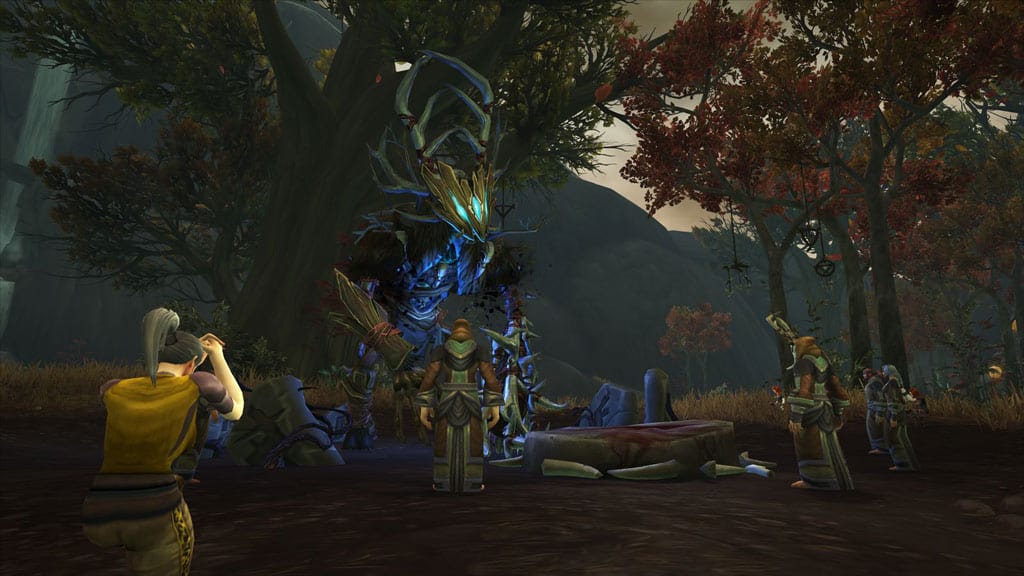 Other role-playing factors make an honest contribution too. Despite the heavy enthesis on action and engagement, the game welcomes players of all abilities. Indeed, it’s more user-friendly than other MMO’s out there in the market.

Additionally, a host of subtle innovations make World of Warcraft a blast to play and help to generate that timeless feel. One of which is the death scenario, which is executed to perfection here. Unlike other games of its genre, there is no loss of cargo upon death, and all progression is saved right up to the point of no return. Just pick up where you left off, simple. 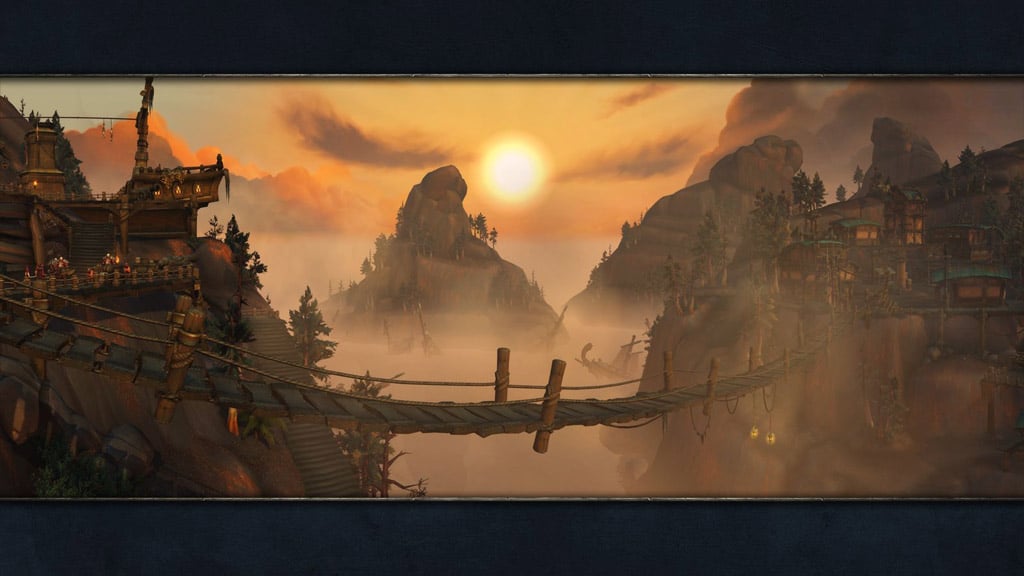 Also, the rest system grants a double XP bonus to those wishing to take a hiatus from the game. Meaning as soon as they log back in, players can benefit from a surge in XP. The great thing about this is it prevents players from straying too far ahead level-wise. In turn, this provides intensity to combat especially since all are on a level playing field.

Another neat little feature worthy of a mention is the postal system. Here, players can share their creations with the world. For instance, potions, swords, and armor are all shared with your fellow chums — a deft and somewhat subtle touch, which adds to the sense of comradery. 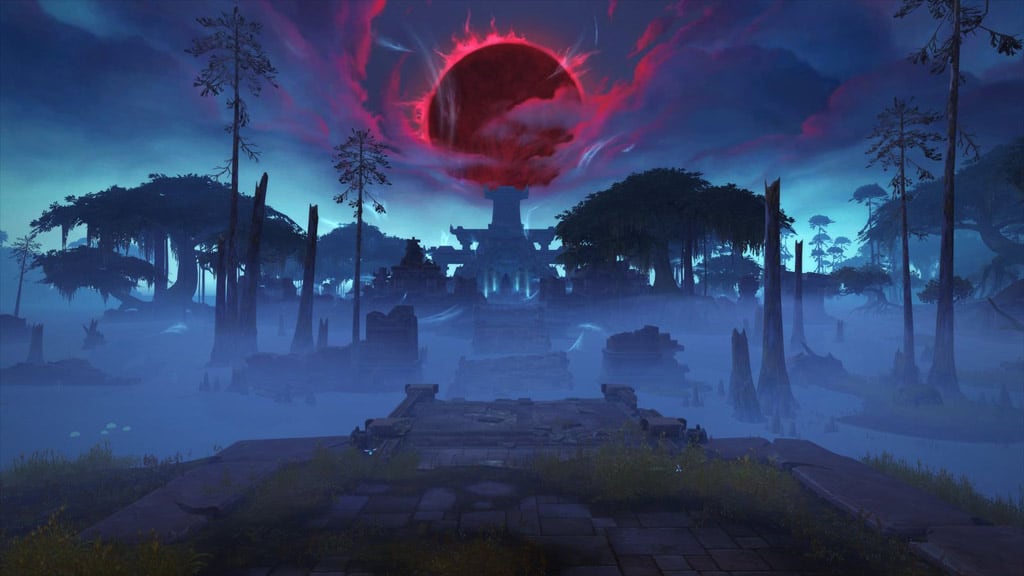 Finally, we have the P-V-P system, which by all accounts is an enjoyable pastime. Although the combat is consensual, there is a tactical twist to each dust-up. Mostly, this is down to the range of abilities specific to each player. This variation means that no enemy is a walkover, and all predictability goes out the window. In that way, the game makes life interesting.

Nothing ever feels like a grind here. Moreover, slowdowns are few and far between, and there are no pacing issues which often place limitations on player experience. Mainly, this is due to the wealth of options open to the player and the seemingly infinite array of things to do.

Even the little stuff like gathering herbs and forging armor feel just as good as building alliances and crushing down foes. 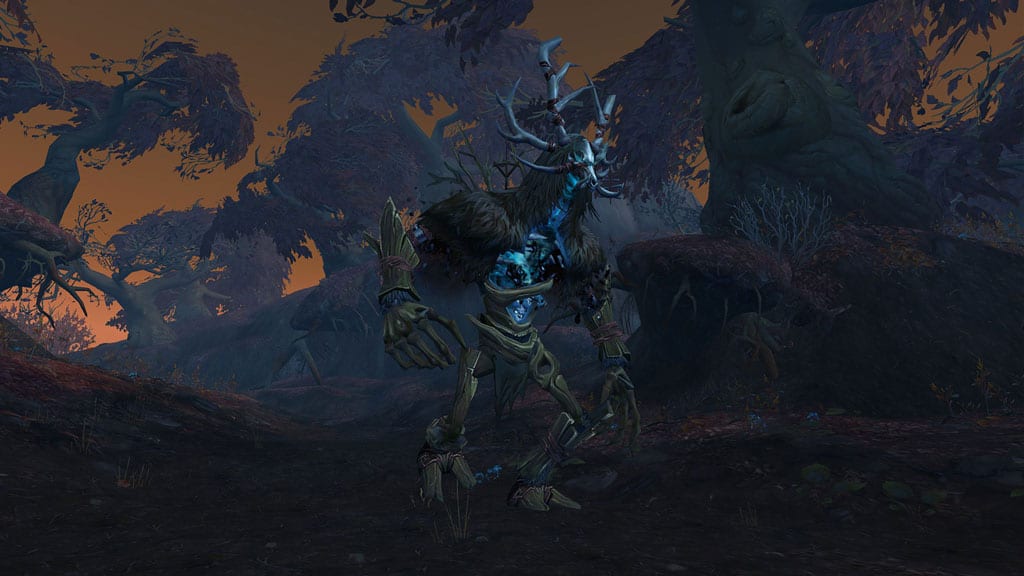 Of course, an honorable shout-out must go to the vast and stunning nature of its sprawling world, densely packed with personality. An element that gives this epic, high-fantasy tale an edge over the competition. To sum up, you owe it to yourself to experience the majesty and magnificence that this game evokes. Give it a try, and you’ll be invested in no time.

What are your ideas on World of Warcraft as an MMO? Does it make the shortlist for best MMO of all time? Or perhaps it sits imperiously at the top of the pile? Maybe you feel its popularity is waning? Please write in with your views on the subject. After all, your opinions matter to us.

The rise of the Tomb Raider Lara’s Voyage of Discovery