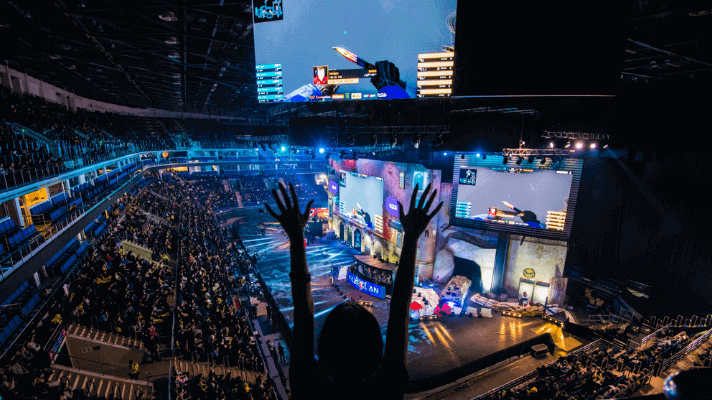 If you’ve spent any time in the gaming community, it’s hard not to have at least a minimal grasp of what eSports are, and it has been thrust more into the mainstream with each passing year. There have even been talks of adding eSports to the Olympics in the future, and it isn’t unheard of for colleges to offer scholarships for high ranking players in popular games. At the time it was extremely controversial, but it’s becoming more and more the norm with increasing audiences to tournaments, both in person and digitally.

While there was no real term for it then, the first ever eSports tournament happened at Standford University’s students competed in the Spacewar game in 1972. There was nothing much to it, with the winner receiving a year’s subscription to the Rolling Stones magazine.

One of the first recognized video game tournaments was held in the 1980s, for Space Invaders. It drew over 10,000 players and had a massive amount of media coverage since Space Invaders had become a household name in that time.

With the 90s came the rise of the internet to households, making the idea of interconnectivity a central focus for game developers. While significant gaming companies, like Nintendo, were beginning to host tournaments focusing around their games, MOBAs (Multiplayer Online Battle Arenas) and MMOs (Massively Multiplayer Online games) started to become a prominent genre in PC gaming. Games like Quake and Starcraft, later Warcraft, with its spin-off game, DOTA, were staples that helped to bring these genres into the spotlight and sparking the growth of eSports.

The first recognized eSport event that most people agree on was Red Annihilation’s Quake tournament, drawing in around 2000 players. The prize being Quake’s lead developer, John Cormack’s Ferrari. Quickly following this tournament in 1997, the Cyberathlete Professional League (CPL) was formed and began to help increase the viability of the games and offering increasing monetary prizes. Since then, the esports genre has practically exploded.

The Rise of eSports

The shift began in the early 2000s and have continued even now. Not only did Starcraft and Counter-Strike come out to critical acclaim, but a series of gaming tournaments were started during this time, like the World Cyber Games and Electronic Sports World Cup. The Major League Gaming (MLG), one of the more recognizable esports leagues, started in 2002.

With the increase in interest can an increase in sponsors and money to be made in these tournaments. Because of this, the standard of gameplay increased, as well. Teams began to form, and some are still together today, like TSM, Optic Gaming, and Fnatic. These teams are diligent and strict, working to maintain these standards.

Some of the most popular MOBAs to date were released in 2009 and 2011, respectively funneling not only previous fans but new players to these eSports tournaments. League of Legends and DOTA 2 were some of the main catalysts from player to viewer. With more than $546M in total prizes awarded since the rise of eSports, it’s not hard to see why people are gravitating toward it for both entertainment and an income source.

Reaching toward the future

While there are only a few handfuls of professional players out there, more casual players are finding ways to monetize their gameplay while others look on. It’s created is own ecosystem, focused around gaming communities, like Twitch.tv. More still have even been able to make an income teaching others how to play the game that they’re proficient in. Creating a more monetary focus on the sport is where the trajectory seems to head, further legitimizing it in the eyes of the mainstream.

There is still a lot of unknowns in the future of eSports. Mainly that being of how much more it can explode onto a more mainstream audience. With the massive amounts of eyes shifting toward the community as a whole, staying the course and maintaining a good reputation is imperative. Worries of cheating, regulating the gameplay, and funding are all hot-button topics for those invested in the future of eSports. While the future may be unknown, it does look bright.