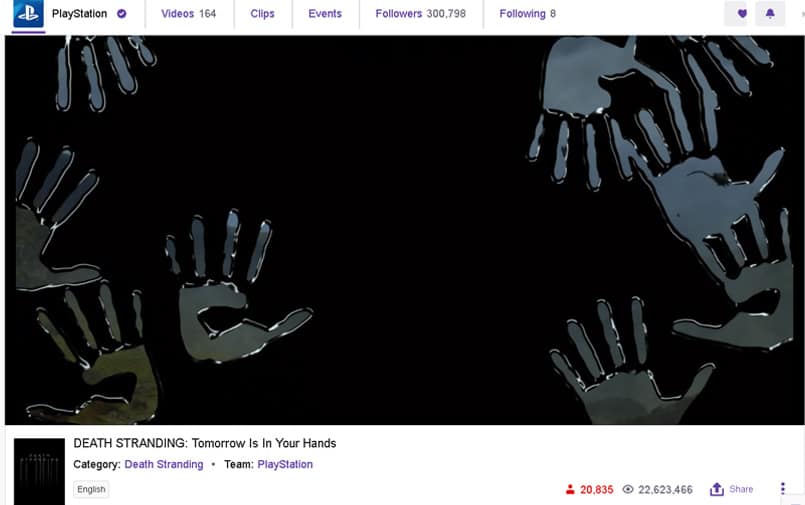 Twitch-goers just got more than they bargained for...

In truth, Death Stranding is no stranger to peculiarities. But despite its often, bizarre nature, unnerving atmospherics and other-worldly themes, no one could have anticipated this next move. Recently, Death Stranding appeared out of nowhere on Twitch. And before you ask, yes, it’s every bit as weird and wonderfully odd, as you might imagine.

Currently airing on the Playstation Twitch account is a creepy video set to loop, in which transparent hand marks blemish a black screen, giving what appears to be a fleeting glimpse at the game with each print.

As if that wasn’t enough to cause the hairs to stand on end, the eerily odd soundbite repeating on a cycle is sure to instill dread. Precisely what this means is a mystery. But amidst the haunting humming and vague acoustics, a pained, female voice is detectable, as well as heavy, yet deliberate footsteps.

Of course, many fans would have envisaged a stunt like this as an inevitability. What with the recent Twitter announcement from Kojima Productions, indicating that more news on Death Stranding would arrive May 29th.

Hold on to your seats, we're getting there with the count down for #DEATHSTRANDING. 5/29 in US and Europe, 5/30 if you're in Japan, which means… Tomorrow is in your hands. pic.twitter.com/m3nNxc6MWK

With that in mind, odds are, your best bet is to stay tuned to the official PlayStation account on Twitch. That is if you want all the latest leaks regarding Death Stranding. Despite, the reveals being profoundly obtuse and strangely unsettling, I’m afraid you’ll have to sit tight and brave the nail-biting obscurity of it all.

In true Kojima fashion, the clues are cunningly cryptic. And although Sony is skipping E3 this year, make no mistake, the timing is an unlikely coincidence. With Sony’s unprecedented departure from Expo this time around, the company will be adequately aware of fan disappointment. And therefore, may choose to air exclusive content via alternate avenues. Meanwhile, we await more news, albeit, with a nervous disposition.

We want to know. What do you think of this short teaser to Death Stranding? Also, were Sony right to sit out E3 this year? As always, we value your views, so please get in touch.

For all the latest news leading up to E3, be sure to keep a watchful eye on our news hub daily.