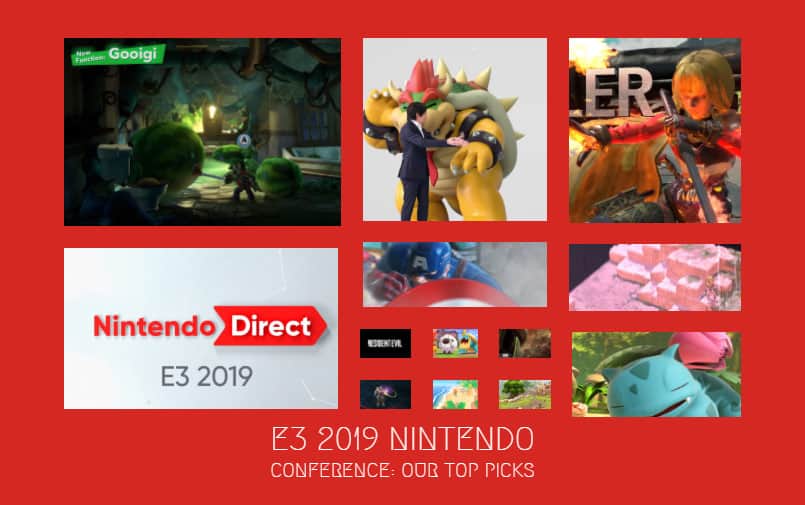 Nintendo is famed for its dynamic, quick-fire marketing strategy, especially when it comes to Expo, and, in tune with tradition, E3 2019 was no different. Each year, there’s always at least one or two surprises to savor, and Nintendo stayed true to form yet again.

Aside from Animal Crossing getting its release date pushed back, Banjo Kazooie’s inclusion on the Smash Bros roster lifted spirits. What’s more, the announcement of a sequel to Breath of the Wild capped off Nintendo’s broadcast in scintillating style.

After being introduced to Doug Bowser, the current President of Nintendo of America, with a comical, yet endearing stand-up gimmick, the stage at E3 2019 was firmly set to let the games to do the talking. The follow up to Luigi’s Mansion got plenty of airtime, and finally, fans got a flavorsome taste of what to expect gameplay wise.

In the past, players haven’t had much to go on, bar from a few cute cinematic sequences. That said, a robust reveal of the game at E3 2019 all but extinguished that sense of vagueness, surrounding the sequel. For instance, Gooigi; a gelatinous blob in the image of Luigi, takes over during puzzle sections.

All the while, Nintendo introduces us to Luigi’s move set, as he encounters the various ghosts and ghoulies flooding the spooky, dimly lit hallways. The only thing missing, however, was a release date. More on that, as and when it surfaces.

Another significant reveal at E3 2019 was the remake of Links Awakening. Impressively, on a visual level, all the hallmarks of gloss and polish typically associated with the Nintendo stamp are there for all to see. But for me, it was the newly integrated dungeon creator that caught the eye. Whether you can share those creations with friends remains to be seen. But the concept in and of itself, is, an enticing one.

Now that Capcom’s somewhat tame and outdated Resi 5 & 6 port back-catalog is out the way (phew!). It was up to the Witcher 3 and The Secret of Mana to remediate those crossover wounds.

In truth, everything about Animal Crossing appeals to me. Especially the seemingly limitless crafting potential and social aspects attached to the game. Though that may be true, the rotten revelation of a pushback, concerning a store date, knocked me for six. Had the show ended in this disappointingly, anticlimactic way, the show would have been a flop.

But thankfully, the fashionably late arrival of Banjo and Link injected some much-needed energy back into the crowd at E3 2019.

As you all know, the Smash Bros Roster is sacrosanct; as protected as the IP itself. On that note, any new characters added to the game, unless beloved, become unwelcome imposters. If Animal Crossing elicited a negative response, then Banjo Kazooie’s DLC fighter pack generated partisan applause and ecstatic delight. It just highlights how much Nintendo reveres the iconic, Rare characters of the past.

Finally, we save the best until last at E3 2019. Zelda: Breath of the Wild II. Totally out of the blue, and yet, rather substantial, the sequel-reveal gave us much more than just a blacked-out title screen. Or, vaguely cryptic clues expounded via voiceover. We GOT footage.

And, not just any old footage, decent footage. With that in mind, the story seems to have taken on a more sinister tone. Also, the sequel looks set to steer the series in an all-new and boldly ominous direction. Exciting times!

We want to know. What did you make of the Nintendo E3 2019 show? As always, we welcome your contributions. So please chip in via the chat below.