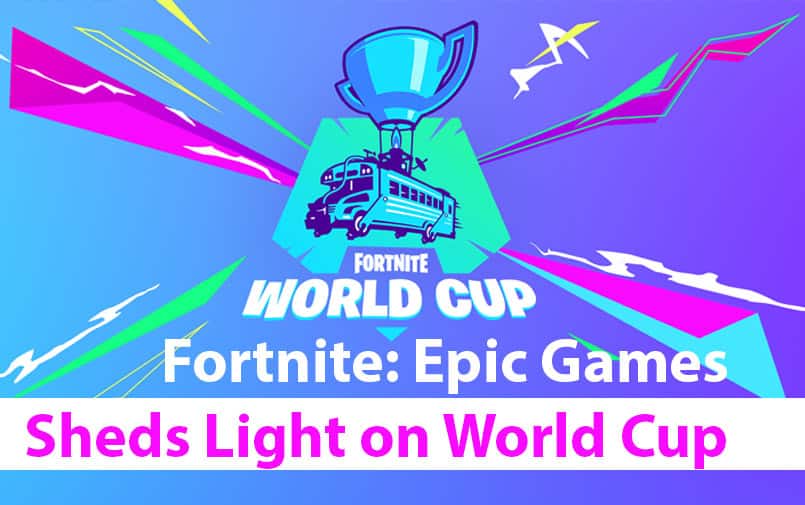 Fortnite is a global phenomenon, both omnipotent and all-encompassing. With that in mind, is it any wonder the Fortnite World Cup has gained notoriety within the Esports calendar of late. Recently, Epic Games leaked details about the competition and the handsome jackpot up for grabs. Time to get practicing and brush up on those “BR” skills.

Qualifiers begin from April 13th and run through to June 16th. During those ten weeks of intense preliminaries, eligible Fortnite players will battle it out for a $1,000,000 stake. At which time, players can expect payouts far and wide, across the board.

Then, things hot-up, as the selection process separates the weak from the chaff, whittling down numbers to just 100 of the best solo players worldwide— alongside 50 teams. Those of which will have earnt the right to play in the World Cup Finals, being held in the “Big Apple” in what is a two-day event, on July 26-28.

If that wasn’t incentive enough, then wait for the prize pool. Those Players fortunate enough to make-the-cut receive $50,000 just for showing up. Better still, the player crowned as Fortnite Solo Champion of the world will rake in a whopping $3,000,000. Plenty to play for I’d say. All in all, Fortnite’s meteoric rise is living proof that one day, Esports may rival real-Sports as a significant form of global entertainment.

The statement goes on to say, ” We will continue to award $1,000,000 in cash tournaments weekly through the end of this year.” With high-stakes, competitive play running throughout 2019, the Fortnite phenomenon doesn’t look like dying out any time soon. Think you’ve got enough minerals to compete on the big stage? Let us know in the comments. We’re excited to hear your thoughts.

We hope to cover Esports extensively in the future. That said, stay tuned for more analysis in the days and months ahead. To get you in the mood, why not check out our article on the top teams dominating the genre.