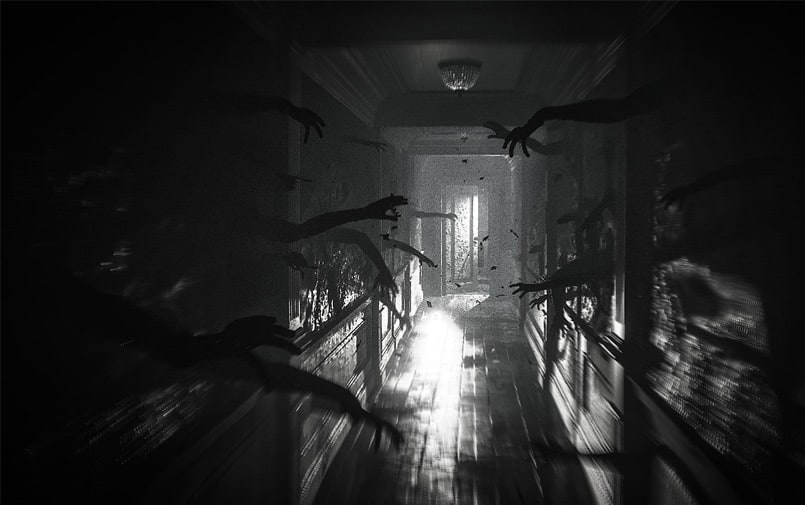 A Psychological thriller that plays on the mind...

Layers of Fear 2 builds upon the sturdy, but occasionally flawed foundations of its predecessor by combining compelling storytelling with unconventional methods of execution. This horror-infused hybrid gives birth to a by-product that benefits from its neglect of stereotypical genre tropes in favor of non-conformity. And this concept of originality acts as Layers of Fear 2’s most valuable asset.

In short, the sequel goes above and beyond the original. And in doing so, stands as one of the most harrowing yet layered horror experiences I’ve played in living memory.

Part of Layers of Fear 2’s creepy allure, is that it tells its tale from an obscure viewpoint. Using a medium that’s never short on shocks and surprises. It’s evident that the developer Bloober Team has spent considerable time focusing on enrichening its story. But also, what’s noticeable is the acute attention to detail.

On the outside looking in, it may take the form of a linear construct, in some respects. Conversely, though, this is nullified to a high degree, thanks to the continually shifting environments. All of which play havoc on the mind, much like P.T in more than one aspect.

Layers of Fear 2 teleports you in the shoes of an actor, onboard a creepy ocean liner. And, much like the first installment, players must handle a protagonist whose sanity is called into question. But instead, this time around, the directors deeply unsettling voice reverberates through the halls of a ghostly ship, acting as narrator. In what is a convoluted story, played out in 5 acts.

Upon the completion of each act, classic style film sets the scene to good effect. All the while, players keep tabs on progress via a chalkboard. Part of the issue with the first entry is that it was redundant of depth at times. However, Layers of Fear 2 has many progressive story arcs. All of which intertwine in a smart, and engaging manner.

Storylines play a pivotal role in events. And, allow you to uncover the mysteries of a ship shrouded in secrecy. For instance, there’s the fate of the cabin crew, and passengers to learn of, a poignant story between two siblings to digest, and of course, the bizarrely discombobulating yarn related to you, and your role as actor onboard a peculiar ship.

The dialogue is a touch on the delusional, borderline psychotic. Whereby much of it either amounts to the ramblings of a madman or profound genius bound by a conflicted mind and tortured soul. Whichever you lean towards, the philosophical notions and contradictory delusions of grandeur are perhaps at times, the birthplace of genius. And it’s this second-guessing, that makes the journey worthwhile.

On that note, the writing is phenomenal and is easily one of the game’s most substantial assets. At times the cryptic poetry is both lyrical and melancholic, helping you to embody the characters and absorb the true nature of each spoken word. 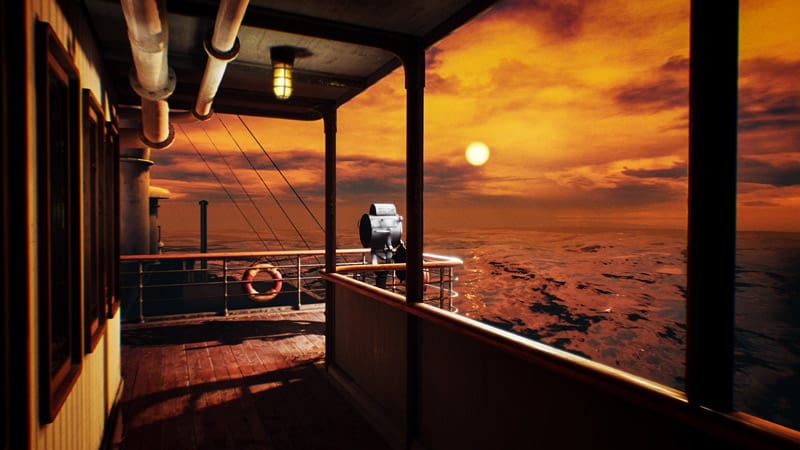 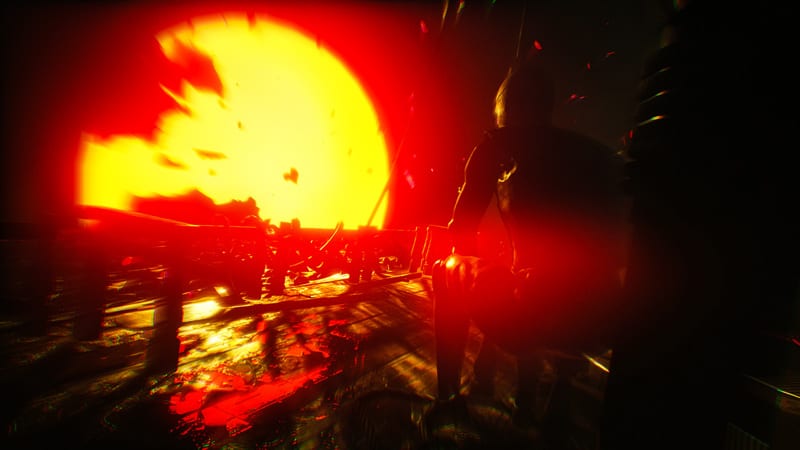 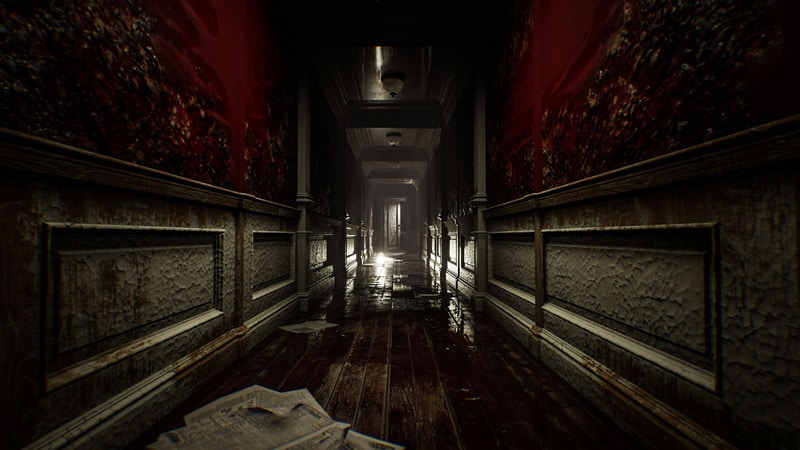 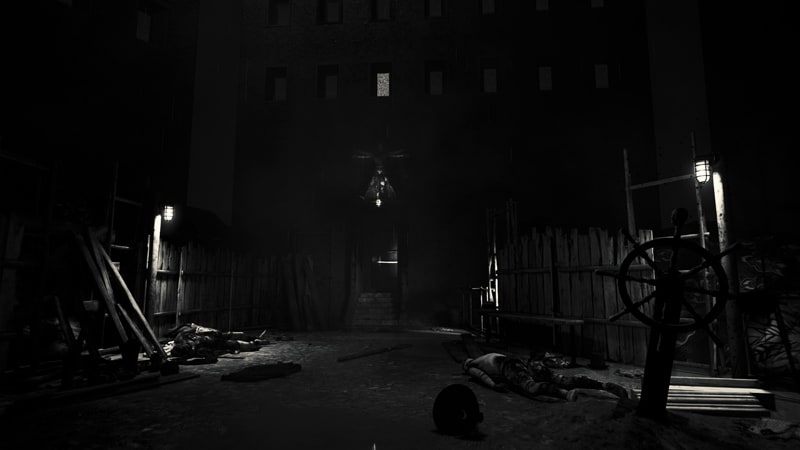 It is possible to trigger multiple endings in Layers of Fear 2. Although, exactly where these devices take place is hard to distinguish. Mainly because the story rarely presents the player with definitive choice moments, as events play out in a procedural manner while entering new areas.

Overall, my time with Layers of Fear 2 came to an end in around 10 hours. Which, maybe a bit undercooked for some. But I felt as though this time was more than adequate, especially for the genre it promotes.

Despite the rich quality of narrative elements on display, it’s in the ever-evolving environments where Layers of Fear 2 comes into its own. Mind manipulation is vital here. Hence, the game palpably distorts reality, in a way that keeps you on your toes. But also, on the precipice of your seat. Often, staring into the vast void of the abyss.

It’s that classic trick of watching the eyes of a portrait painting across the room. In truth, you’re always aware of the shifting architecture. But defenseless to its weird effects. Paranoia quickly sets in. As you start to question your senses, slowly but surely distrusting your perceptive abilities one by one. This flexibility of scenery aptly masks the linear nature of each act. And thus, works like a cloaking device to hide the familiar format from plain sight.

All in all, Layers of Fear 2 is a poignant yet dread-inducing tale. And one that elaborates on the core themes of its predecessor in all but every way. In short, Layers of Fear 2 is a must play for horror fans. But also, those who place prolonged and agonizing atmospherics above blindly cheap thrills will extract the most from this surreal gem.

We want to know. What did you think of Layers of Fear 2? Is it as scary as I’ve implied? Give us your take in the chat below. As always, we value your views. So please, get in touch.

For more on the latest games, be sure to check out our review page. We aim to deliver content daily.