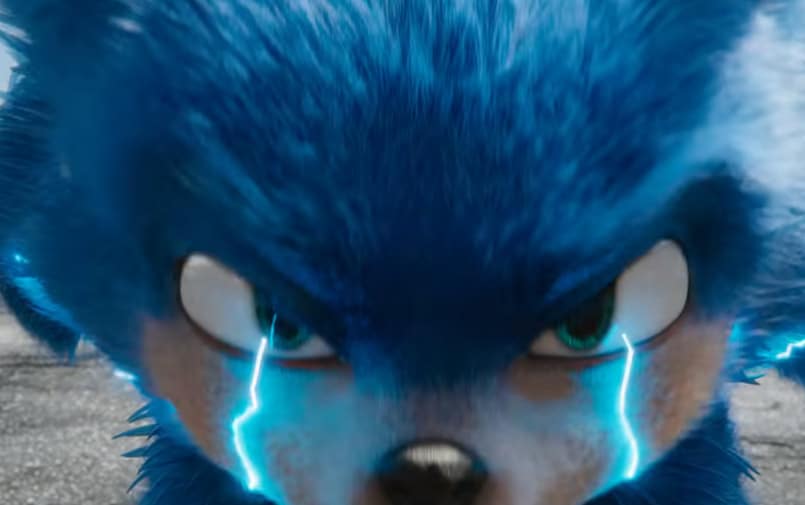 Sonic is back, but things are not all as they seem...

A new reveal trailer of Sonic The Hedgehog, the movie, dropped earlier this week to less than critical acclaim. Following a robust backlash from fans concerning the artistic portrayal of its iconic protagonist, the movie’s director soon took to Twitter in response, promising to address the criticisms aired by a sea of disgruntled fans.

The preview, which exceeds two minutes in length, is a bizarrely bamboozling cocktail of high-octane action and explosive set pieces. Aside from stunts, however, the upcoming movie, based on one of the video game industry’s most enduring icons, features many familiar characters from the classic series of games — most notably Sonic, but also, Dr. Robotnik.

First off, fans are warmly greeted with the glitchy beats of Sega’s catchy coin chime. A sweet yet nostalgic nod to the past. But things soon spiral out of hand, with Sonic sprint-rolling in signature style to the soundtrack of Coolio’s Gangsta’s paradise. Perhaps a strange song choice, given the source material? But anyhow.

Also, in the Sonic The Hedgehog trailer, we catch a glimpse of Sonic’s evil archnemesis Dr. Robotnik, portrayed by none other than actor Jim Carrey. Considering Carrey’s track record for zany and outlandish roles, this seems like a fitting character for the comedian/actor.

On the face of it though, the overall look of Dr.Robotnik does appear to stray from the archetypal mold set in the games. That said, the trailer somewhat resolves this at the end, without meaning to give away too much in the way of spoilers. Check out the preview if you haven’t already.

But the fan backlash derived not from Dr. Robotnik, but the films central figure Sonic. In the movie adaptation, based on the footage thus far, Sonic is much more anthropomorphic in appearance. Not least so, because of the uncharacteristically small eyes. And oddly, a set of human-like gnashers, which don’t help matters.

On top of that, Sonics newly adopted slender physique is a far cry from the loveable, otherworldy caricature we all know and adore. You know, the one revered throughout the gaming sphere. At least in my eyes, and, it would seem, in the opinions of many others online.

In an attempt to calm the vocal storm, Jeff Fowler reached out to fans on Twitter with the following words: “Thank you for the support. And the criticism. The message is loud and clear… you aren’t happy with the design & you want changes. It’s going to happen. Everyone at Paramount & Sega are fully committed to making this character the BEST he can be… #sonicmovie #gottafixfast.”

Given the fact that Sonic The Hedgehog is coming out in early November of this year, fingers crossed, the team behind the live-action movie, have set aside ample time to make any necessary amendments. If not, then we could see its release date pushed back by some considerable margin. Perhaps not a bad thing? What with all the toxicity that has transpired in recent days.

Besides, fan service is paramount. On that note, without a high-fidelity tribute to its lead protagonist and star attraction, the film’s chances of success are slim, at least as it stands. What is encouraging though, is that Sega and Paramount have listened to the consumer. And perhaps more importantly, both promise to act on fan feedback.

We want to know. What are your thoughts on the latest Sonic The Hedgehog trailer? Has this been blown out of proportion? Or, is the portrayal of Sonic, way off the mark? Let us know in the chat below. As always, we value your views. So, get in touch.

For more hot-off-the-press intel on all the latest events in the industry visit our news page for constant updates.