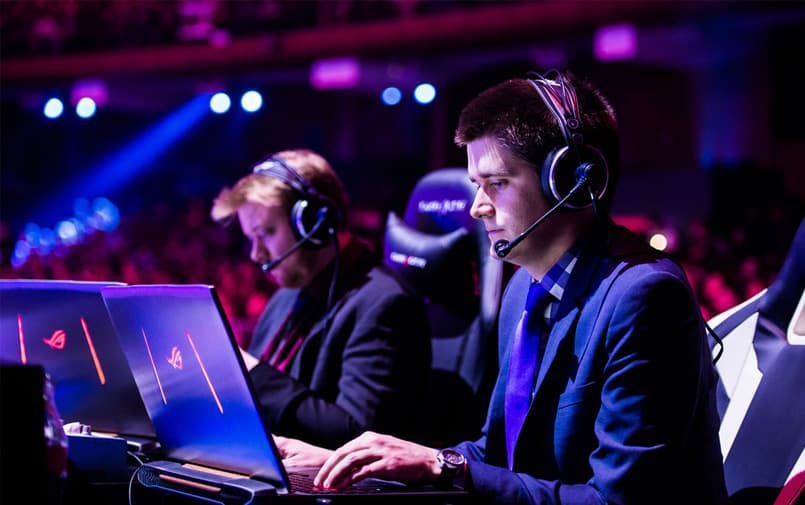 The definition of Esports, are those games played in a professional capacity. Often in annual, staged competitions and events worldwide. Currently, (MOBA) games are the most popular, dominating the market in terms of viewership and active engagement. Ordered chronologically, at least to the best of our ability, here is a breakdown of those games with a professional capacity.

Fighting games are a longstanding esports genre, hosting its first tournament as far back as 1999, in what was the Evolution Championship series. Played initially on arcade systems, the evolution of gaming brought competition to console format.

The most acclaimed tournament is the Evolution Championship Series. While the Capcom Cup, Tougeki – Super Battle Opera, was once a big-time player in the competitive field.

The following list contains games played at present. Or those titles which have been played competitively in esports since its inception.

As the name suggests, FPS games operate from the first-person perspective. Also known as ‘shooters,’ the games host competitions, performed either within a team or flying solo. Often, these games involve huge-scale firefights, tactical team play, and deathmatch scenarios. Team Fortress 2 is perhaps the most established of PC games, played by a handful of mini-leagues. These include the European Team Fortress League, United Gaming Clans and the ESEA League.

On the console platform, both Halo and Call of Duty have solidified their status as esports genre giants.

Real-time strategy games usually have solo players going head-to-head on PC’s, over the internet. In truth, Real-time strategy is a sub-genre of the typical strategy game. Although played worldwide, the niche is nowhere near as popular as the MOBA type. Despite the genre’s fame, many esports organizations have ventured into the sub-genre, including Major League Gaming and Team Liquid StarLeague to name a few.

Sports games make up a large proportion of the esports market. Fifa is a big-time player in the esports arena. Even, possessing a global competition entitled ‘ Fifa Football.’ Germany is the most represented nation, of the Fifa Football community, airing both the heralded World League eSport Bundesliga and Electronic Sports League on home soil. Other hosted sports worldwide include basketball and American Football.

Ever since 2010, iRacing, Project CARS, and Trackmania have been the staple games of the genre, hosting many lucrative competitions worldwide. Firstly, NASCAR provides an annual racing competition, in what is a World Championship Series known for its generous prize pool.

Project CARS is an officially recognized esport and now registered within the Electronic Sports League. Lastly, TrackMania has tournaments worldwide with good prize money up for grabs. But sadly, the annual world cup is no longer in existence, since 2015.

Once a by-product of Real-Time Strategy games, (MOBA) games, short for Multiplayer Online Battle Arena games are now considered an independent genre, thanks to unprecedented levels of popularity and intricate game-play differences. Generally, MOBA games are played solo, on PC. Mostly though, they’re played competitively in squads of 5, with each player assuming control of a team player. League of Legends (LoL) Dota 2, and Vainglory make up most popular games of the genre.

If you want to find out the next best esports phenomenon. You can do so here…