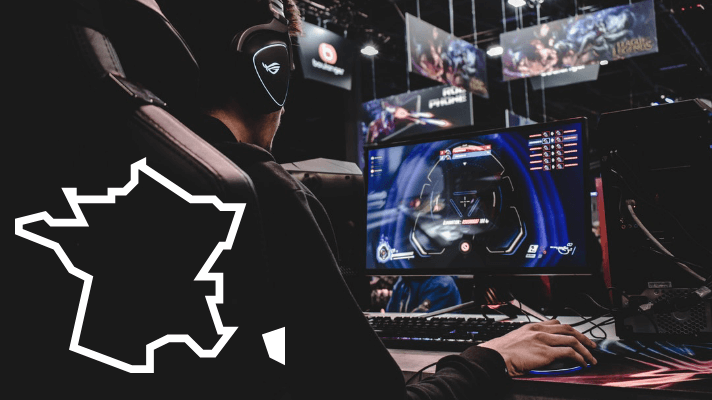 In our long-running series of articles, we leapfrog from place to place each week, in a bid to uncover the best Esports teams around the globe. Today, we visit the French capital to discover the nations hottest talent. Despite, many high-profile teams folding up. And, throwing in the towel recently, Esports continue to play a significant part in French culture. With that in mind, we’ve composed this list of the top Esports Teams of France.

Founded on August 1st, 2010, and headquartered in France, Team LDLC is an esports organization fielding teams and players in many divisions. Most notably, Fortnite Battle Royale, League of Legends, PlayerUnkown’s Battlegrounds and CS: GO. Based on current findings from esportsearnings, Team LDLC is ranked 107th in the highest overall team rankings, having amassed $652,014.58 in prize money from 161 tournaments.

Once a prominent French esports organization, Team Very has since disbanded. Mostly known for their acclaimed CS: GO divisions, the organization, came to a close following apparent financial issues. According to esportsearnings, Team VeryGames, during their time, earnt total prize money of $287,565.96 from 84 tournaments played.

Team Vitality is an esports organization housed in France. Often called VIT for short, Team Vitality has a dedicated esports roster, which competes in the annual LEC event. Aside from LoL, Team Vitality also fields teams for Call of Duty, CS: GO, FIFA, Hearthstone and H1Z1. Esportsearnings has forecast Team Vitality as 67th in the overall highest team earnings with $1,100,917.95 from 106 events played.

As one of the oldest formed esports organizations, Against All Authority, has been in the business since the year 2000. Though that may be true, it wasn’t until later that ‘AAA’s LoL division would come to the fore. Early on, the CS: GO teams and players thrived on the world scene. Later, it would be World of Warcraft that would prove to be pivotal in the team’s success. Based on the accumulative findings of Esports earnings, Against All Authority has made $414,028.72 from 171 events played.

Though Millenium has officially retired from the scene now, this reputable Esports organization is known as one of the most successful in French history. Created by Cédric Page in 2009, Millenium had divisions in LoL, Tom Clancy’s Rainbow Six: Seige, FIFA, Call of Duty and Hearthstone. But, came to an end in 2018. Esportsearnings has Millenium placed 47th on the highest overall team earnings with $1,788,399.27 from 550 events played.

Based on this list of the top Esports Teams of France, Europe has some strong support from its neighboring allies going forward. Of course, it’s a work in progress. That said, Europe is closing the gap on its overseas rivals. Whether that score will level out as a collective is yet to be determined, but indications suggest the signs are promising.

Do you participate in Esports on some level? Perhaps you have ambitions to play in a pro-capacity? Get in touch; we would like to hear from you. Alternatively, why not browse another article in our esports catalog. Want us to cover your home nation? Let us know in the comments friends.